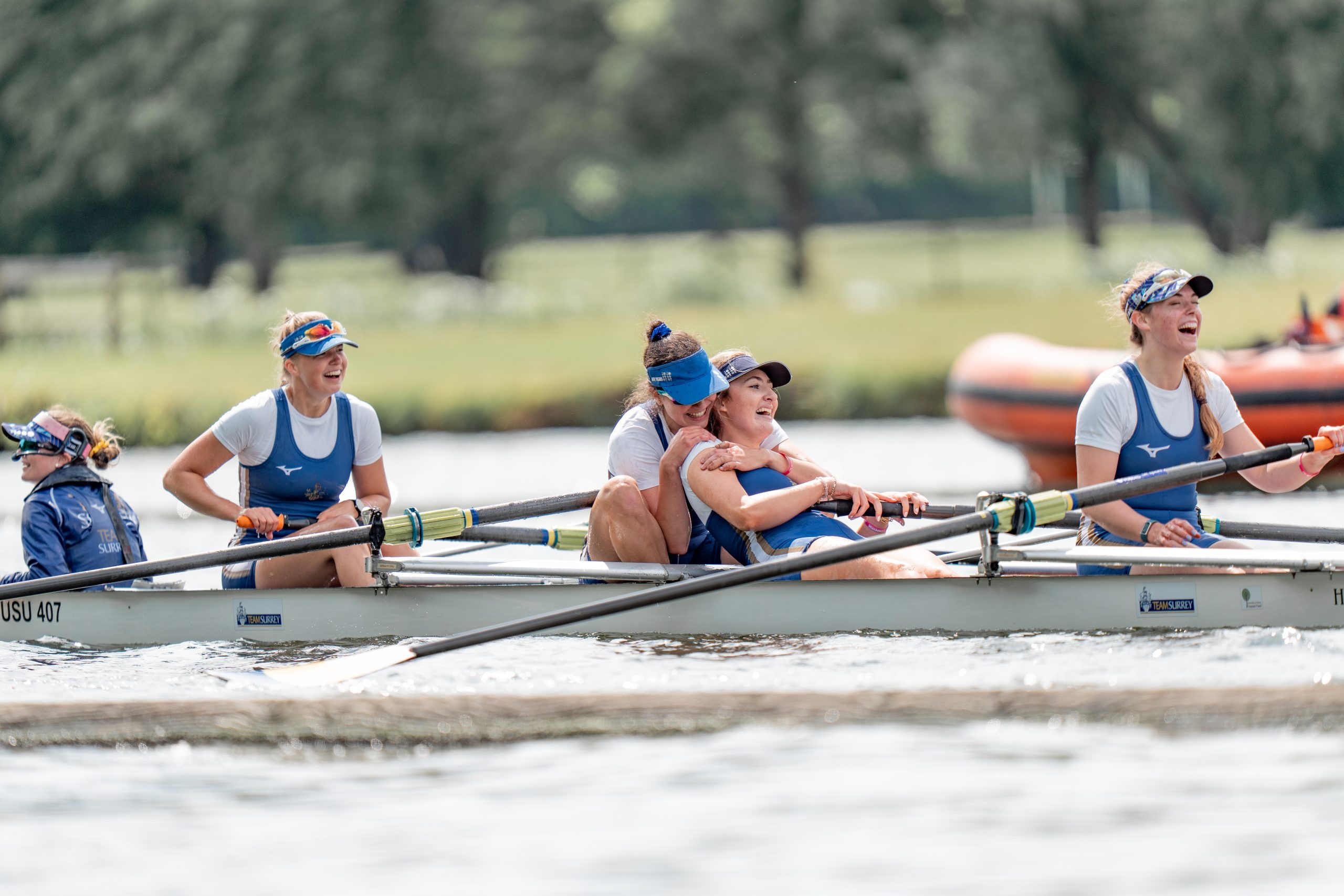 On the 17th – 19th of June our women’s squad took to Henley-on-Thames to race one of the most anticipated events of the calendar.

We had 3 crews racing:

The weekend kicked off on Friday morning with both the 8 and 4+ time trialing.  The 8 were up first and put up a great performance however, didn’t make it through to side-by-side racing later that day.

The 4+ then started their weekend of racing with success in the time trial before moving on the the heats, where they faced Oxford UWBC ‘B’. The crew continued the mornings success winning by 4 lengths securing their place in the quarter final the following day.

After Friday’s success the 4+ raced Molesey BC in their quarter final on Saturday Afternoon. Molesey put up a good fight, challenging the crew who successfully fought back to not only win but also set a new course record, 05.21.4! Putting them through to the final day for semi-finals.

Sunday morning saw both crews race in their semi finals. The pair up first racing Durham University however, Durham saw disqualification and the pair were through to the final later that afternoon. 30 minutes later the 4+ raced St Andrews University in their semi-final, another great performance from this crew saw them firmly secure a place in the final.

The pair were up against Cambridge University in the Parkside Trophy final, this was a tough race the pair put up a great performance but sadly didn’t win. This is a brilliant result and both Sacha and Freya should be very proud of what they achieved.

When asked about the weekend Sacha said “I never would have guessed that I would be racing a pair at Henley Women’s Regatta this year, we’d never even been in a pair until a few weeks prior to the race! I loved racing with Freya and reaching a championship final was brilliant, I’m very proud of us and of USBC for an incredible weekend of racing.”

The 4+ success saw them face Bristol University in the final battle for the Frank V Harry Cup an excellent race which resulted in success for USBC! Eleanor Stratton (Bow) described the moment they won as “Amazing!” saying that “All the long and cold hours of winter training paid off”.

All members of the crew should be incredibly proud of this win and is a true demonstration of the dedication and hard work they’ve put in over the last year.

This was an amazing weekend full of incredible achievements for the boat club and demonstrates the strength of the women’s squad. Huge congratulations to all athletes that raced, counting down the days til we can go again next year.