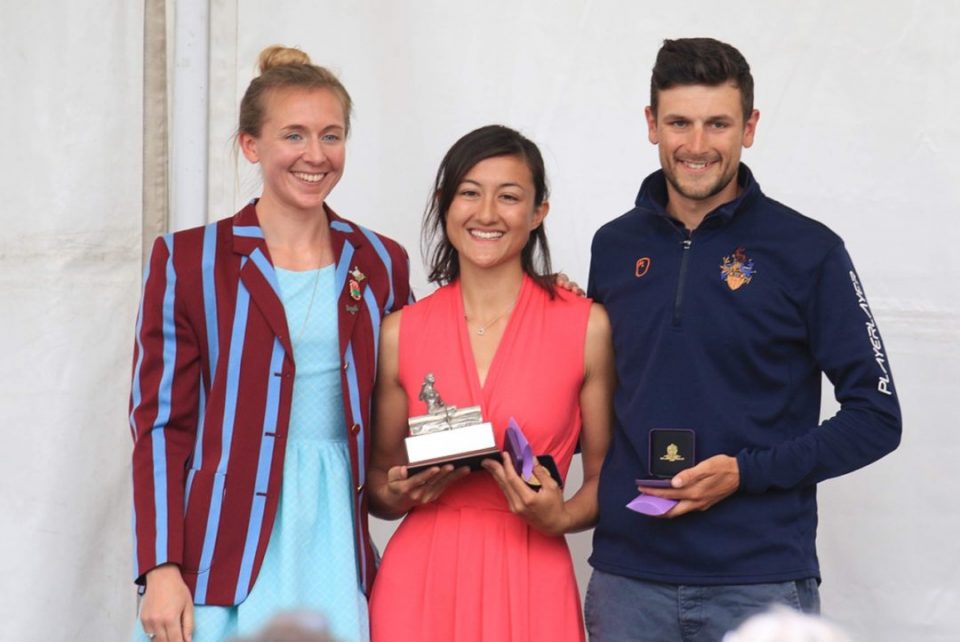 In the words of Maile Wedgwood:

It was an unforgettable weekend and great to be racing back on home ground. Not only winning the Aspirational Lightweight Single but to set a new course record and bring home the first Henley Women’s win for the University.

It has been a tough journey; with many lows as well as highs. This is a reflection of not only my work I have put in but the coaching team and their support, as well as my fellow squads. Henley Women’s has been the target for me since the start, and it was my motivation to train hard in my single.

This is my first year rowing at USBC, and in October I made the decision to go lightweight. I had rowed 4 years previously as a junior, and weighed nearly 70kgs. But for lightweight events, I had to be below 59kgs. This meant that I started training while dieting and managing my calorie intake, whilst still having the correct nutrients to recover. I am terrible at dieting, and I often have to rely on “sweating down” on the day of racing. Despite my efforts, I previously failed to make weight at BUCS Regatta and was unable to race in the Intermediate Lightweight 1x. A hard lesson was learned.

A month later, after a gruelling training process, I made weight at Met Regatta, but poorly refuelled myself the night after. There were aspects that I had to learn about my body in certain situations. This was the same as the coaching team, and how they had to adjust my training plan depending on my weight and levels of fatigue. The process has definitely been tough, so I’ll now move on to discussing the racing… the fun part! 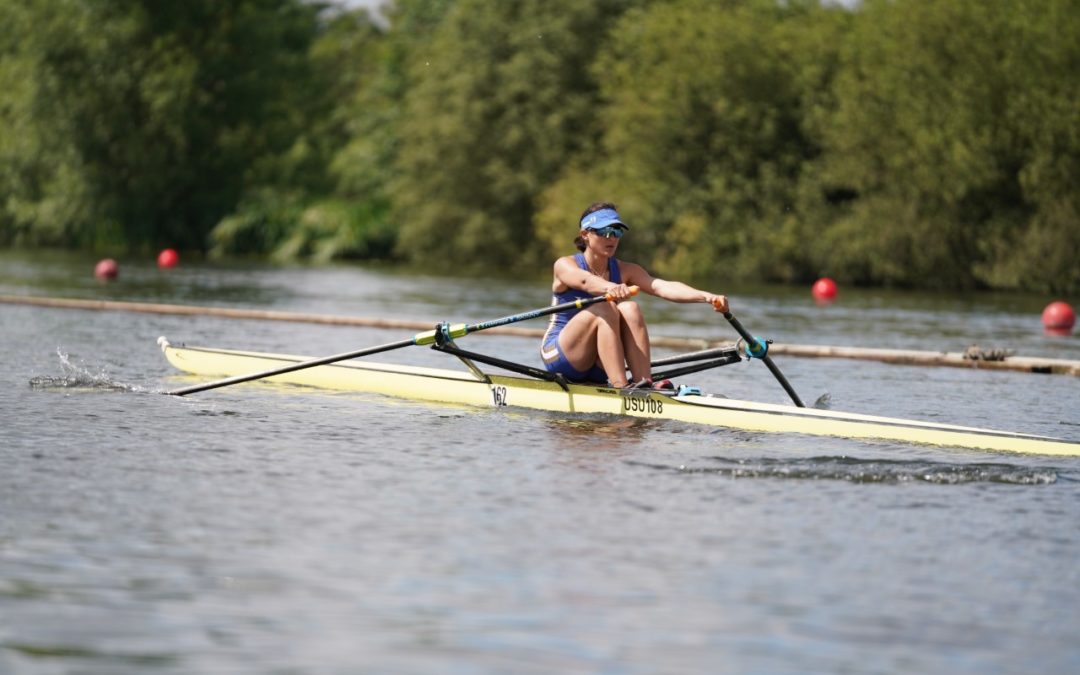 Now, a bit about collecting my rewards for grafting the past 10 months:

Friday: Time trials and first heat. As expected, I was over a kilo from what my weight should be, so proceeded to run up and down the course. Weighing in at 58.7kgs, I quickly rehydrated and did the time trial, coming 14th of the 29 entries. (Only top 16 go through to the heats). My first heat was against Plunkett (Cantabrigian BC), who won the time trial overall. This was the toughest race of the weekend, we were neck and neck around 500m to the finish line but I just managed to press away and win by 4 lengths.

Saturday: Quarter Finals. Again, I did a 13km run in the morning and successfully made weight and raced at 10.24am against Robotham (Peterborough BC), who came 8th in the time trial on Friday. I came quick off the start, gaining 2 length lead and just used my height advantage and length to press through and win to secure my position in the semi-finals. That evening, I ran again, to make sure my weight stayed low for the final day.

Sunday: Semi Finals and Finals. I was first against A Hoff (Oxford University lightweights), someone who I had previously competed against and won by 3 lengths, and securing my place in the final. I could not believe I had made it to the final, and I was over the moon. 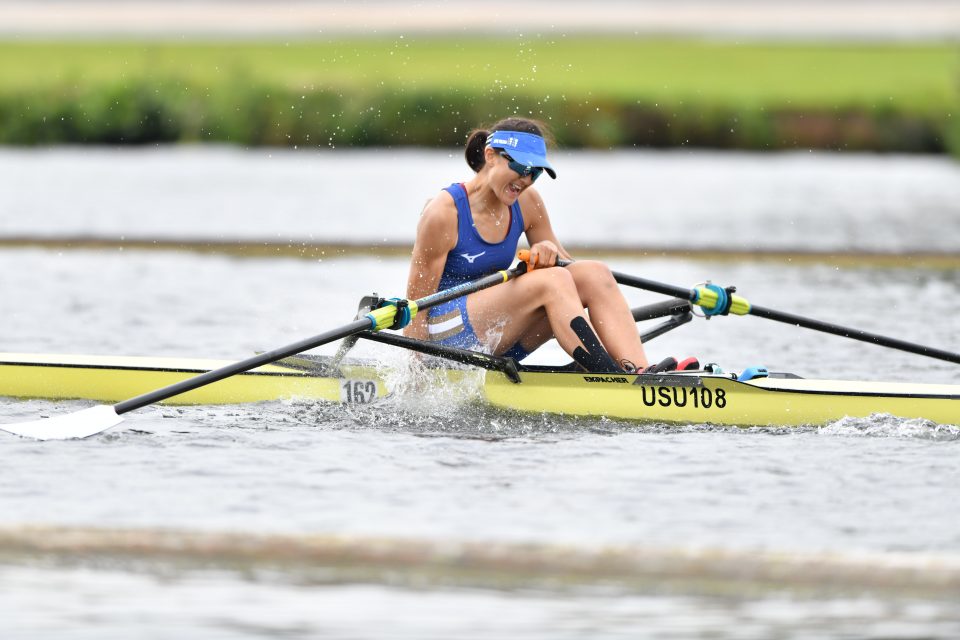 It was great to be on home ground, as I was a member of Henley Rowing Club prior, and having the local support cheering me down the course was amazing. The roar of cheers that went down the course during the final was unforgettable. Big thank you to Tuck and the boys running the bank, as well as all the supporters from USBC and other boat clubs.

There are so many people I’d like to thank, but especially my coach Sam Tuck. He has kept me sane throughout the process and always had faith in me. Also Coach Iona who sat me down countless times and supported my emotional needs, as I often got very hangry when dieting. Of course the support of the USBC Family and Team Surrey. Thank you to my sports therapist Megan Salmon who fixed me up for months at a time. 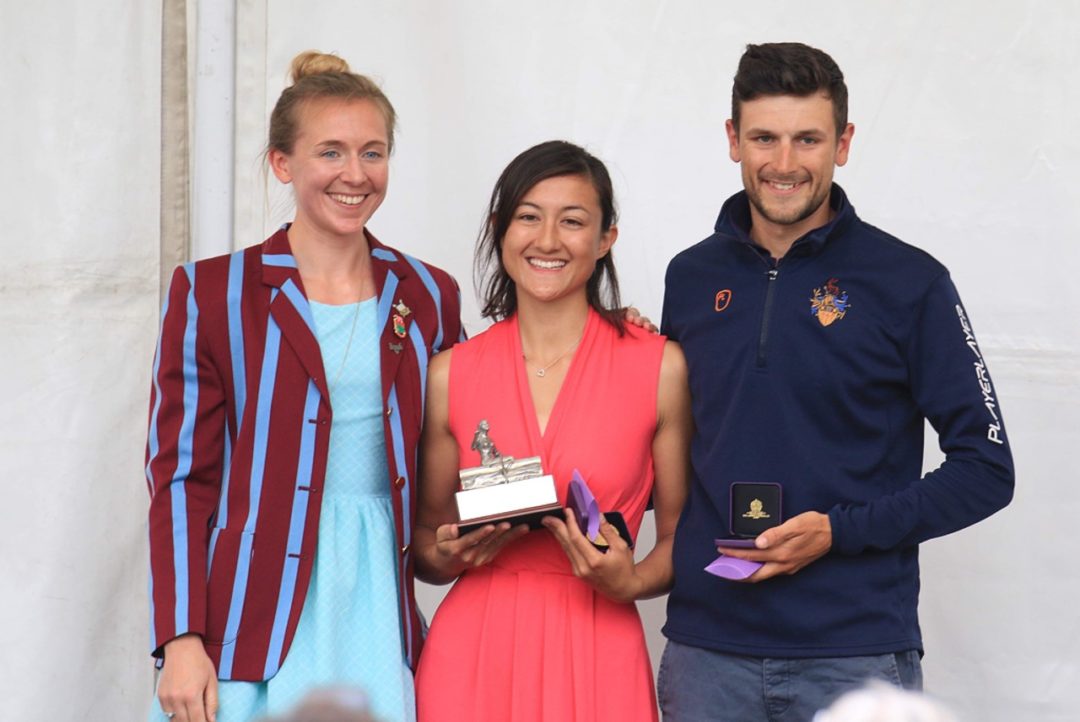 Of course, there are other clubs that had supported me through the process, See-Club-Zug, KHBC and Henley Rowing club.

This is only the beginning on what Coach Tuck and I call, “Controlled Carnage”. Next season I will be back, stronger and lighter (because sweat downs are not my friend), representing University of Surrey and achieving much much more.

One thought on “The Lightweight Blog: Maile Wedgwood on Henley Women’s Regatta”