Saturday 10th November saw nine USBC boats head down the Kingston course for the first head race of the 2018/19 season. It was a successful day of racing with every boat finishing in the top four. Here are race reports from some of the athletes that competed.

“Pre-race we only had one objective, overtake another crew and have a good race. Well I think it was safe to say that we did that. Having practised quite a lot in the double over the last couple of weeks we had a good race build in place and where steaming along as we crossed the start line. We knew that it wasn’t going to be easy but within the first kilometre I could see that we were shortening the gap between us and the crews in front. As we passed the 1km mark there was a gap forming between the two crews and decided to take it. We passed between the two other crews in our category (winning a blade clash with Kingston) and carried on to put water between us and them. Having cleared our opposition me and Maddy now new that all we had to do was stay ahead and it was ours. Having managed to successfully steer us down the course (narrowly avoiding a junior quad as we passed under the first bridge), we crossed the line first to claim Maddy’s first senior head race win and my 4th win on that stretch of water. We had a great day and look forward to the challenges that are coming this year.” 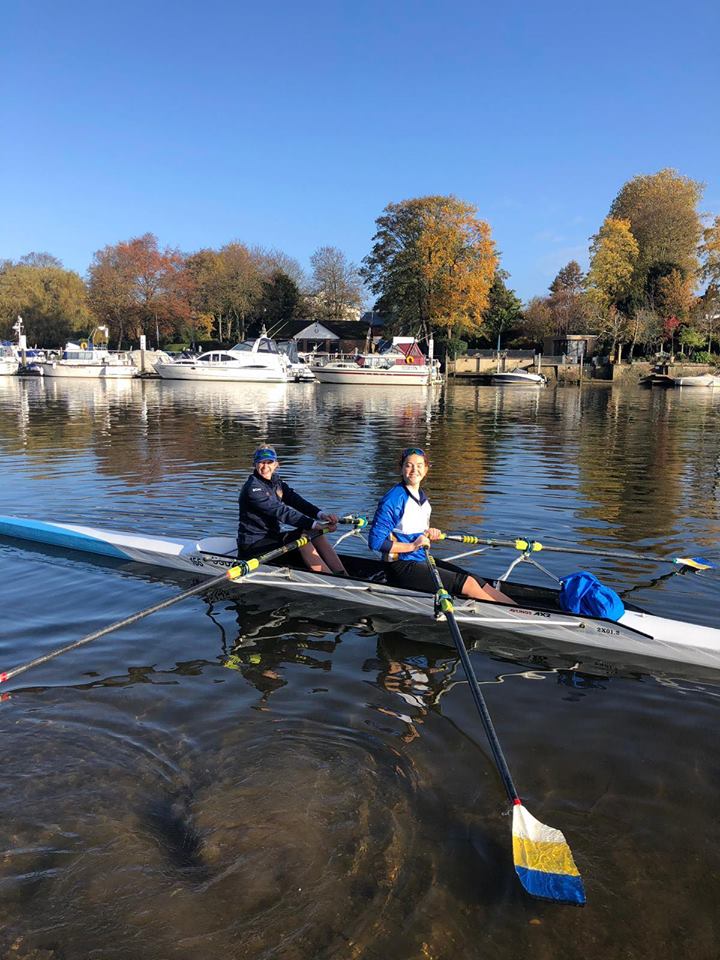 “Our race on Saturday was our first outing of the season and will serve as a great stepping stone. We were in the morning division and as such missed the rain, but the wind made for testing conditions. You either win or you learn and it was definitely an opportunity to learn and will make us a better, stronger crew. It’s a long season and we now look to push on in search of more speed, together. #JustGettingStarted” 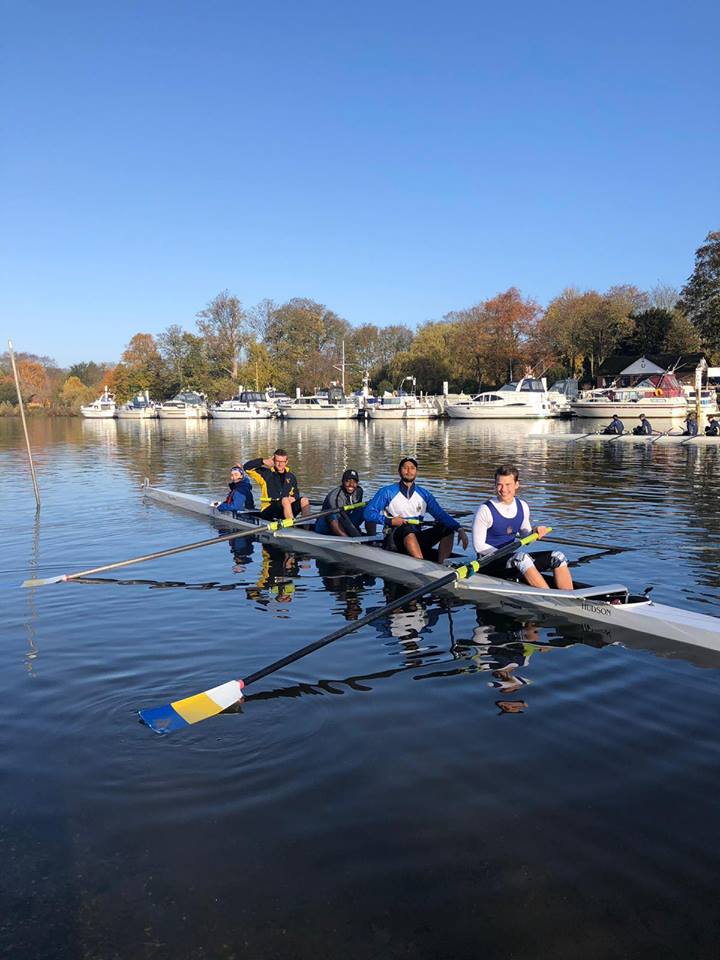 “Kingston Small Boats Head was a good and enjoyable start to the head racing season. The boys rowed well in the 4- and we were able to set a good rhythm throughout the race, navigating the course without any issues. There is still plenty to improve on as we head into the next few months, and I’m looking forward to competing in some more races!” 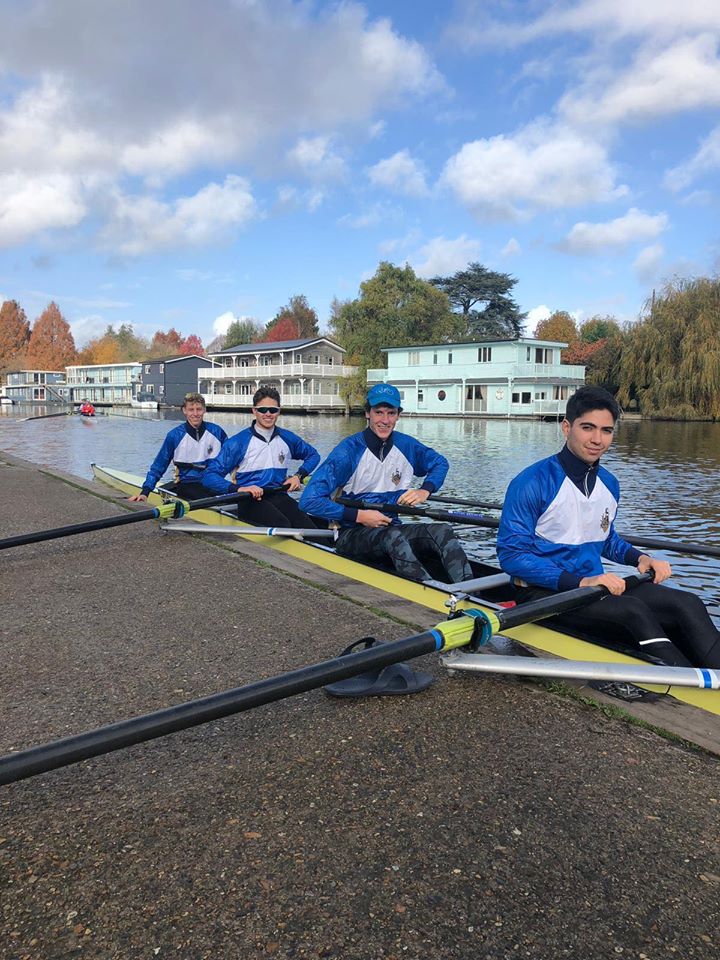 “We went into the race with an open mind and the aim to row our best and set down a marker for the rest of the season. The bendy course and many junior doubles in our way provided challenging steering conditions (although it’s always satisfying to overtake!) But we kept our focus and positive attitude throughout. This payed off as a solid race and definitely something to build on over the season. And we missed the rain!” 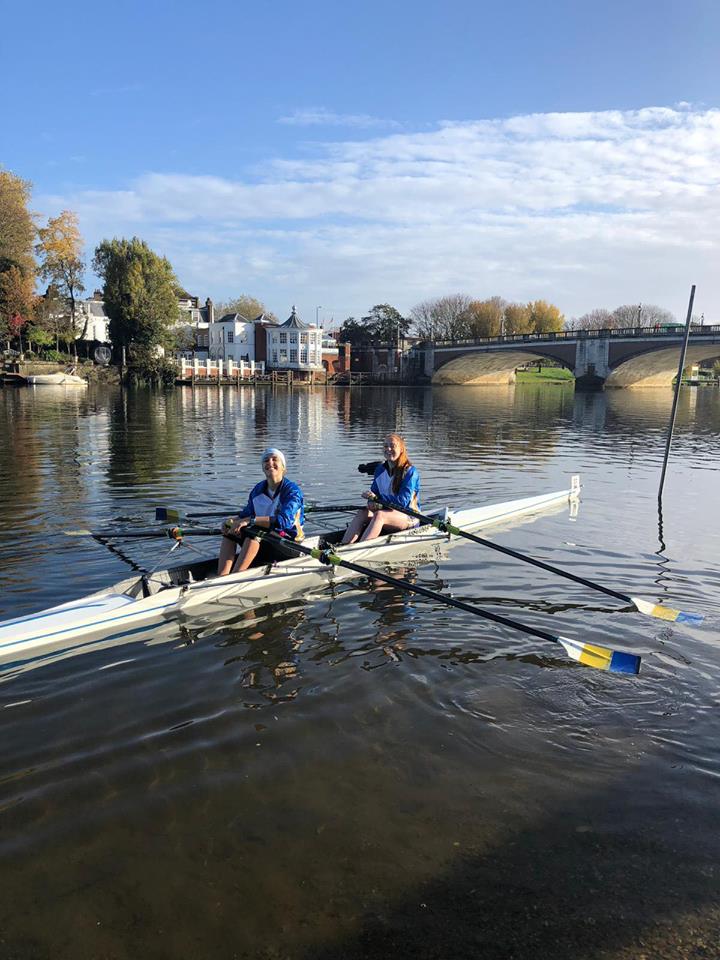 “For my first race in a single it was a great experience! For such a large category I was happy with a third placing and beating 6 singles by a minute plus. Time to push onto 1st!” 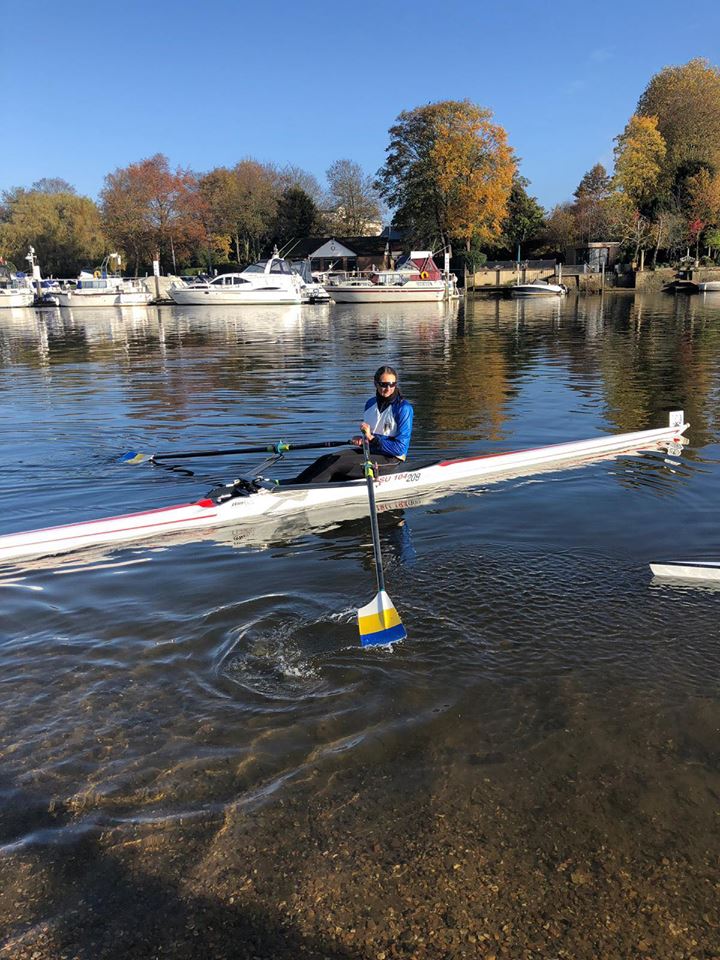 “Being in a relatively scratch crew we aimed to give our first head race of the season a good crack and see how we fared against the competition. We were the first crew in our band to set off down the course and so aimed to push away from our opponents. This was going very well with the gap between us and the other crews continually growing. Unfortunately just after halfway a course error led to us heading towards the wrong side of an island, following another crew. We had realised our error before it was too late, however a major course correction involving a complete stop was required! This of course cost us a crucial amount of time! Once back on course we did our utmost to make up for lost time, however this wasn’t enough to win our band; missing out by just 6 seconds! Overall, it was a good experience to start the season with plenty learnt!” 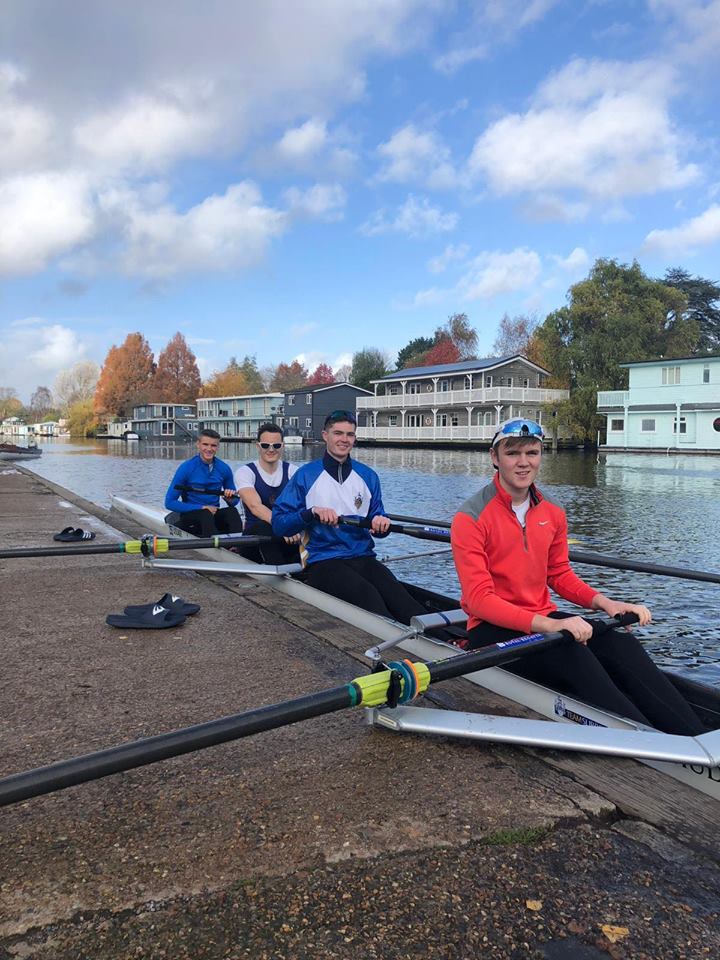 “Overall, we had a good race. Lizzie and I had trained in the double for a few weeks prior so we went into the race feeling confident that we could put down a good performance. We encountered a few testing conditions including some strong headwind and a fair few junior doubles but it made the race exciting. It took us about one kilometre to really find our rhythm and settle into a comfortable pace. The remaining 4.2 kilometres felt very strong and we crossed the finish line feeling happy with how it went. It was a good start to the head race season and it makes us excited for upcoming races.” 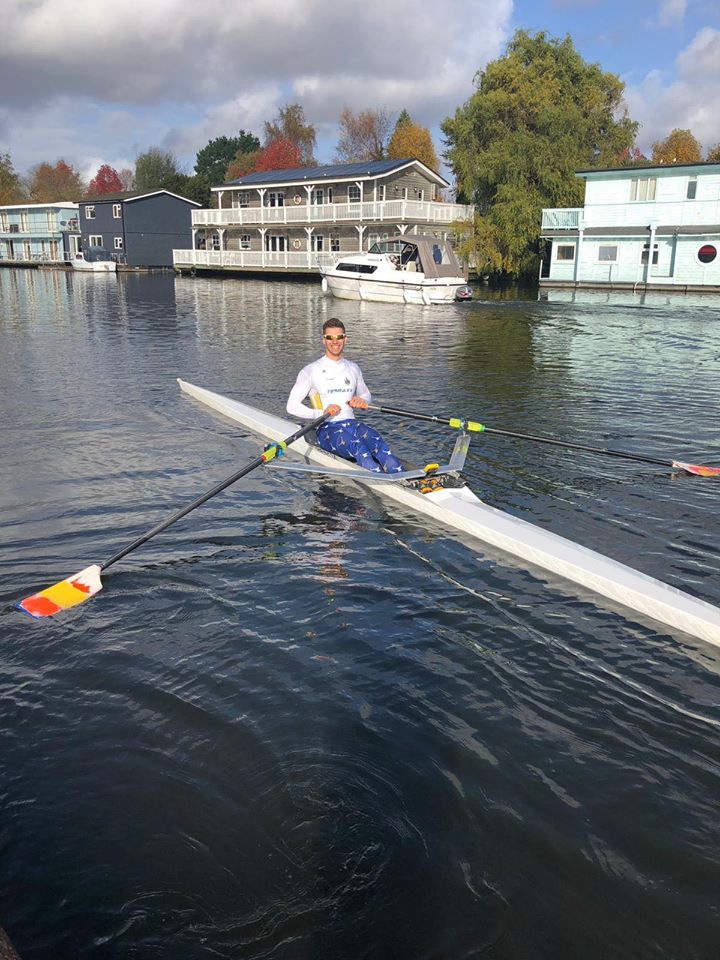 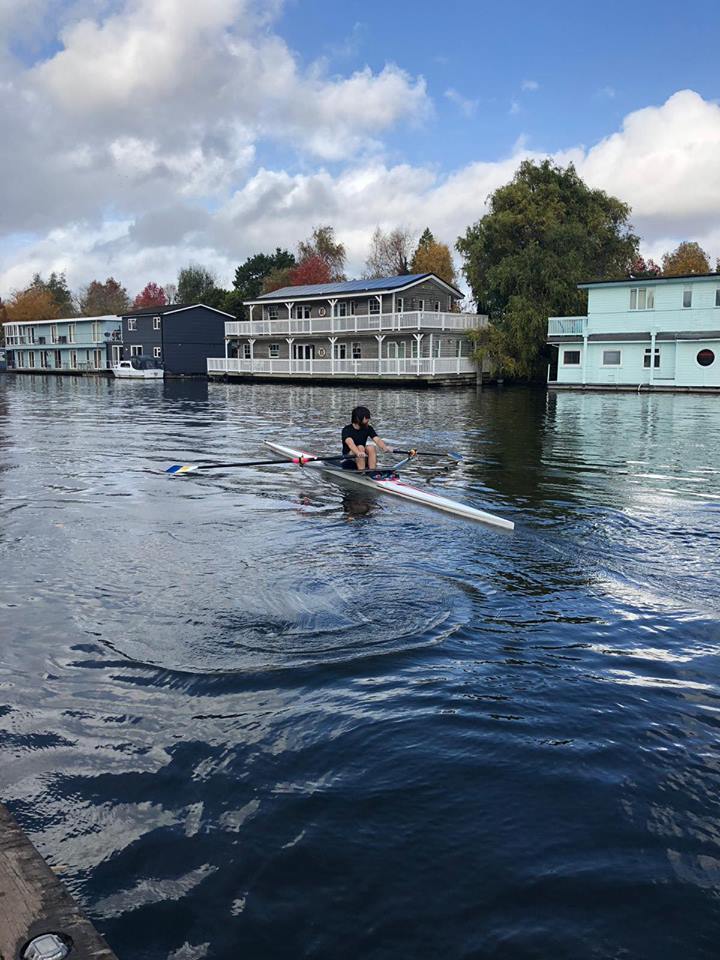 All-in-all it was a brilliant day of racing for both the senior men and senior women with multiple top 5 finishes. It puts us in good stead for a successful season ahead!