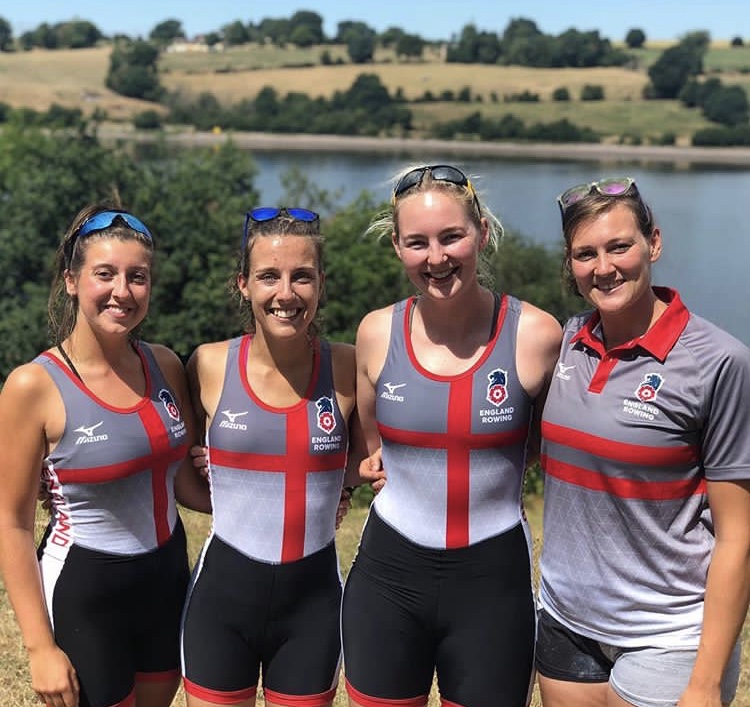 HIR was hosted by Rowing Ireland and held on the 21st of July in Cork, where crews from England, Wales, Scotland and Northern Ireland race. As part of the squad from England, three of our girls had been selected to race. They qualified during England trials which were held on Sunday the 15th at the London Docklands. 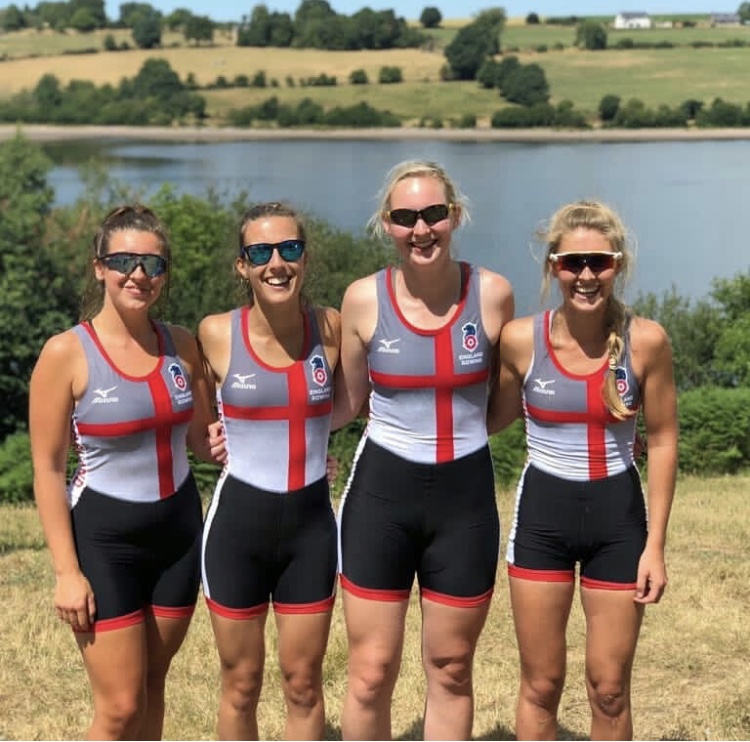 Jasmine Bone, Maddie Gardner and Ellie Stevens raced in a coxless four together with Pippa Birch from Molesey Boat Club. They were accompanied by coach Iona Riley. Boat Club President 2017/18 Ellie Stevens said: “We were extremely proud to be selected to race for England. The whole experience was a fantastic way to end the season. The event was brilliant and it was great for England to win the Senior Women’s trophy for the first time in a few years, alongside both the Junior Men’s and Junior Women’s teams.”

As both Ellie’s and Maddie’s time at Surrey comes to a close we are very grateful for everything they have contributed to the club in their time at USBC. Especially as club president and athlete, Ellie, has set a new standard driving the club forward like no one before her. “Having learned to row at Surrey only a couple of years ago, I couldn’t be more grateful to end my time with USBC representing England.”