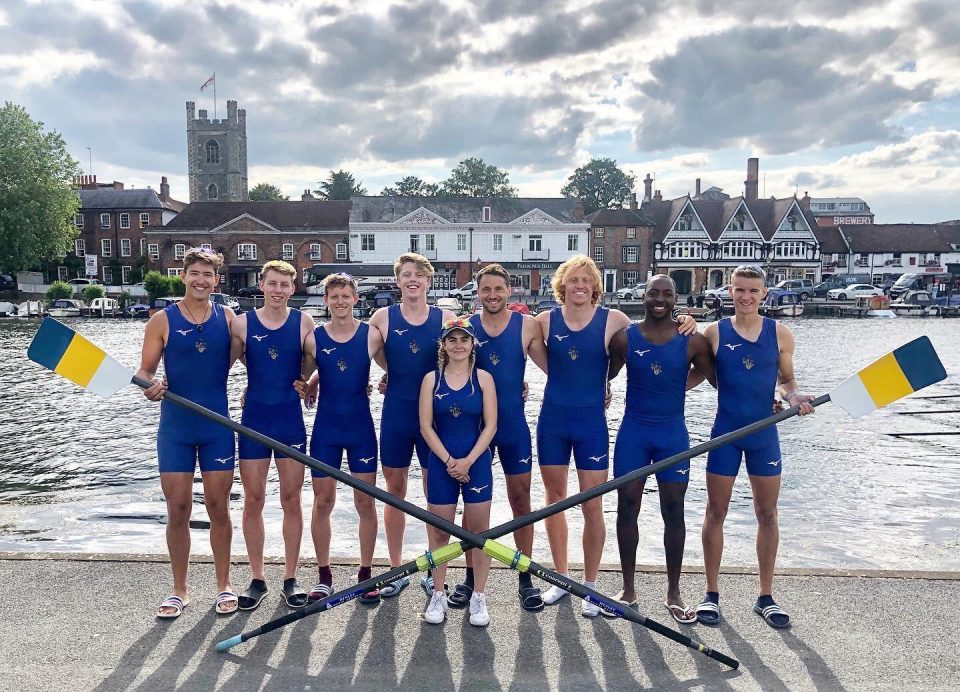 Following a strong season with top performances at HoRR and Marlow, the men’s eight of Sam Griffin, Lukas Schroth, Sam Bodkin, Cameron Wheeler, Bruno Grandjean, Tom Powders, Wilson Sandengu, Jamie Gamble and cox Ellie Hamilton-Davies, headed to the most prestigious event in the rowing calendar. Having pre-qualified for their event, the Temple Challenge Cup, the boys’ first competitive run down the course was a side-by-side battle against the University of Bristol.

Off the start, the boys had a slight edge over University of Bristol as they came past Temple Island. It was bow ball to bow ball as the boats passed through Fawley. UoB began to make a move and increased their lead by a few seats. Our boys responded and held the overlap to the finish line but unfortunately the University of Bristol crossed the finish line first. The verdict was half a length.

It was an extremely competitive race from start to finish and the boys should be immensely proud of themselves for what they achieved.

Here is what some of the boys had to say about their HRR 2019 experience.

Jamie Gamble (bow seat) – ‘This year was my first year competing at Henley Royal Regatta. Before coming to uni, I had only ever been a spectator of Henley and had always wanted to race it one day. As a result of our hard work and solid performances at regattas such as Marlow and Met, we were fortunate enough to pre-qualify for the Temple!!
We faced the University of Bristol on the Wednesday. Going into the race, we knew it was going to be tough but simultaneously believed we could cause an upset. The start line was full of nerves and adrenaline; we were raring to go. We went out hard and fast to gain an early advantage. At the quarter mile, we led by half a length, and at the barrier we were leading by three quarters of a length. The intensity was immense and we did everything in our power to retain the small lead we had. Bristol made a strong push through Fawley and we became level. Ultimately, Bristol had the edge on the day and pushed their bows out in front, but we were chuffed to hold onto them the whole way and come less than a length shy at the finish line. On reflection, we were absolutely delighted with our performance at Henley Royal this year and hope to go one step further next year by winning a round!’

Cameron Wheeler (five seat)  – ‘My first race at Henley Royal Regatta will be a race I will never forget. All the boys throughout the season have pushed themselves to their limits and all the hard work paid off as we had a close-fought battle against UoB. We didn’t come away with the result we were hoping for but it was a great race to round up an extremely successful season. I’m looking forward to seeing what the squad can achieve in the 2019/20 season.’

Ellie Hamilton-Davies (cox) – ‘It has been great fun coxing these boys throughout their Henley campaign. They put in a great effort from start to finish and they should be very proud of what they have achieved.’

Wilson Sandengu (two seat) – ‘This was my last race competing for USBC and a brilliant way to end my two years as a student rower. The boys fought to the end against a very strong Bristol crew and although we would have loved to have got through to the next round, we were happy with how we attacked the race. I look forward to seeing what USBC achieve in the years to come.’ 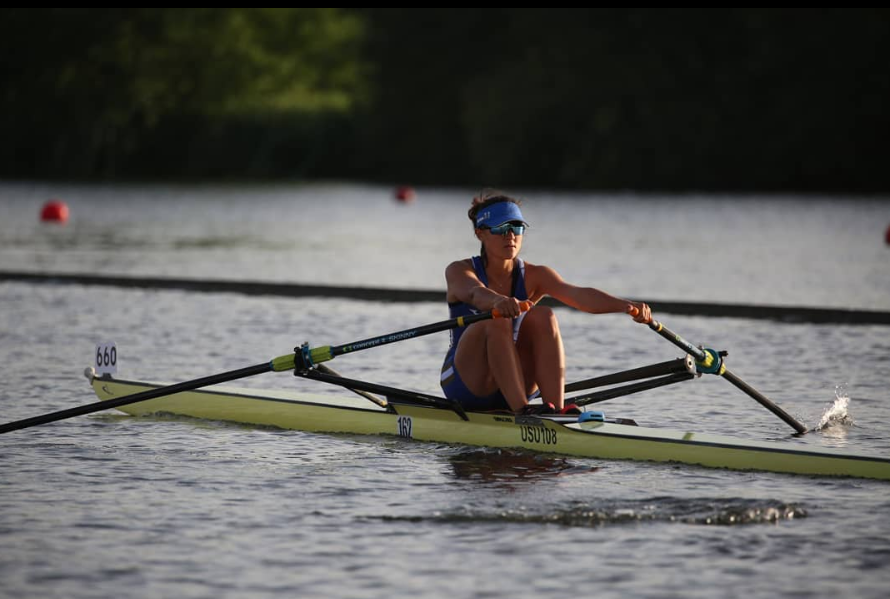