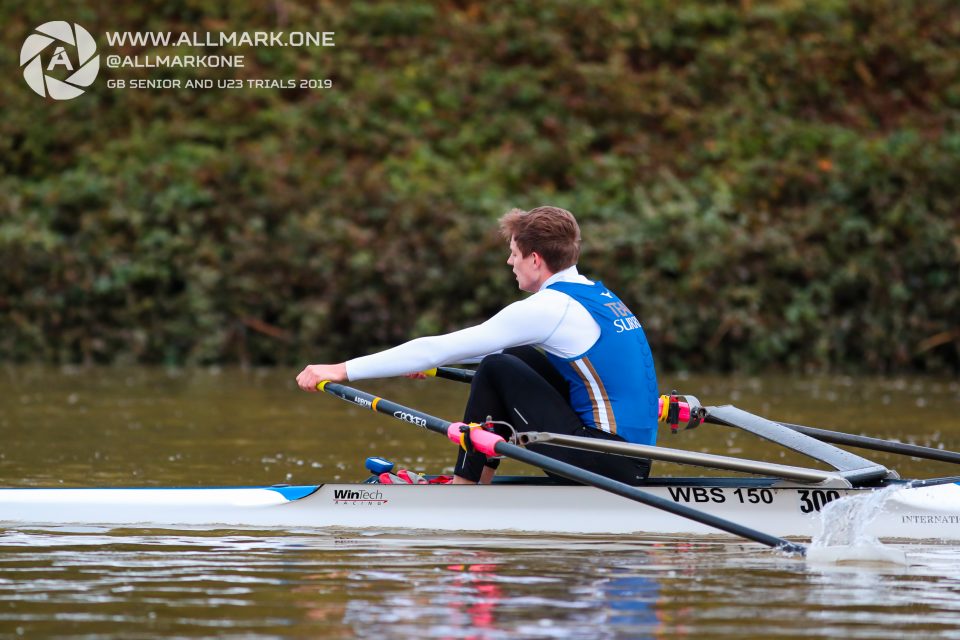 This year we had three USBC athletes representing at the GB Trials First Assessment in Boston, Lincolnshire. Maile Wedgwood, Sam Bodkin and George Stewart were all competing. Have a read below to see how they all got on.

“I thoroughly enjoyed my experience at GB trials. It was the second time I competed and it was completely different this year to the previous one.

As it was Olympic year, the whole GB squad was trialling as well. It was very inspiring to be racing alongside them. Personally, I have stepped up from the Lightweight to the Open Weight category, and my training up to trials this year was far more serious. Having a high performance programme really put a shift in my training that we hadn’t done previously. We targeted every weekend using submaxes and time trials to simulate the trials weekend. Thus, when trials came around, my body was well prepared and calm about the whole event. On day one, it was the 2km ergo test, and I made a new personal best. I kept the momentum up in day two during the 5km and came 4th in the U20s singles. I am looking forward to February trials and I aim to step on even further.” 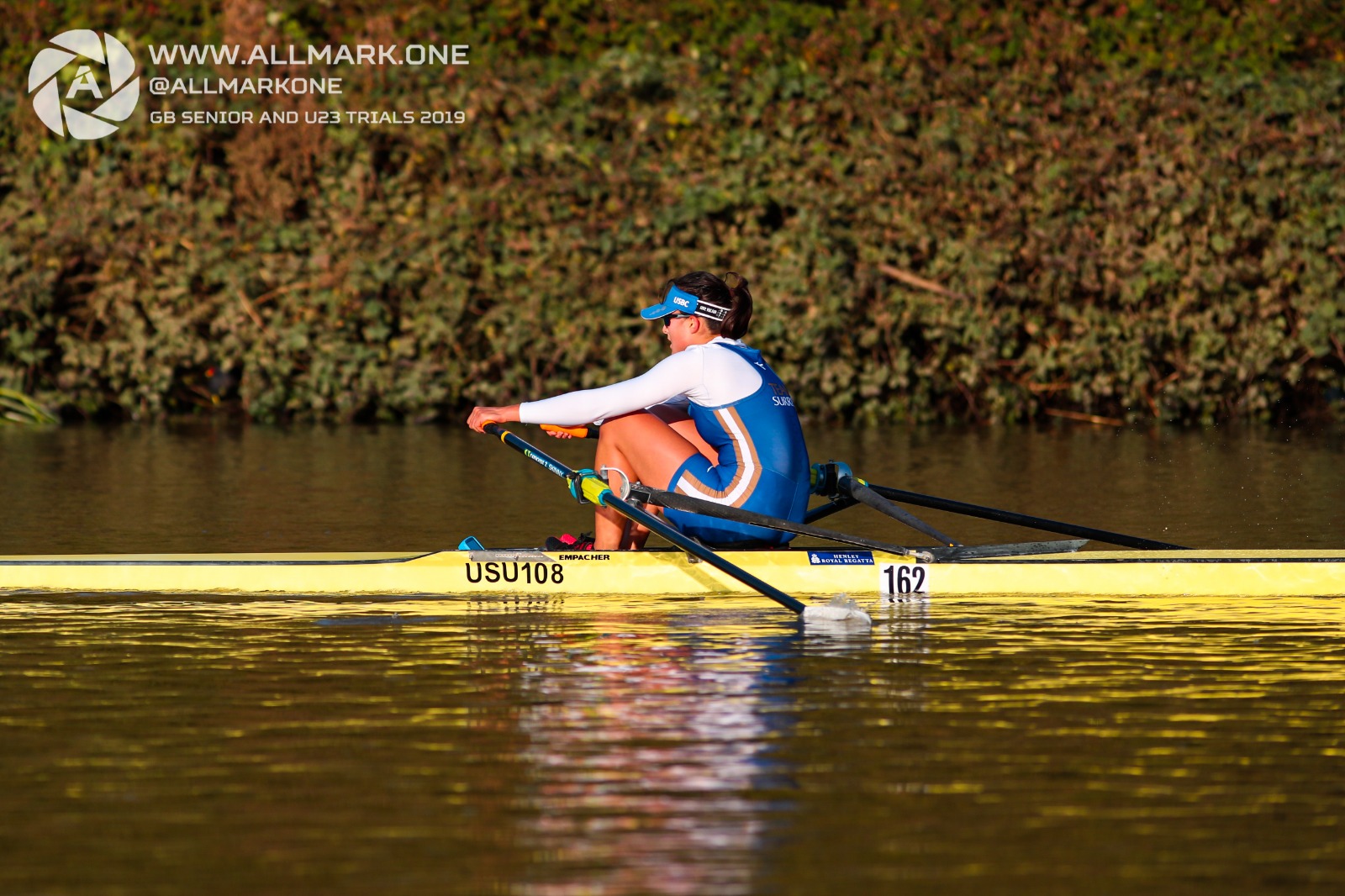 “Training leading up to trials this year has been demanding compared to last year with the higher intensity. This year we trained more than previously on the water sticking to small boats in both morning and afternoon sessions, which increased my confidence for the 5km time-trial. As well as this we had weekly sub-max 2kms on the ergo in the weeks leading up to trials, which prepared us for the 2km test on the Saturday.

Trials came around and after our first night in Boston we had the 2k ergo test in front of us. I weighed in within the lightweight limit and proceeded to warm up. The warm up for my 2km test went extremely well hitting the right splits and feeling the best I’ve ever felt. When the 2k came around I paced it well for the first 1k sticking to my 6:30 target pace, however after the mid-point i started feeling my legs fill with lactic acid. This got to me in the last 500m preventing me from getting my target split. I finished 9th out of U23.

The Sunday of trials is a 5k time-trial along the river in Boston. My race was at 10:30am, however I needed to be at the boathouse for 7am for weigh-in. The paddle up to the start line boosted my confidence massively proving that all the sessions on the water at Moseley benefited me. My paddling pace was much quicker than half of the opposition overtaking 10 of them up to the start line. I was second last to go off in my category due to my erg being one of the slowest. I produced a massive gap to the rower behind me in the first 2000m closing up to the rower who started before me until I could see his puddles. With a sprint that felt like it took forever I made it to the finish line.
When results came in, I came 6th out of U23 rowers gaining 2 places from the Saturday’s erg test.

GB Trials was a good experience for me and set me up with a goal to push training as hard as I can to get into the top 4 by the time BUCS regatta comes around. It has allowed me to see where I stand in the country at the moment and has given me clear goals for the future and the year ahead of me.” 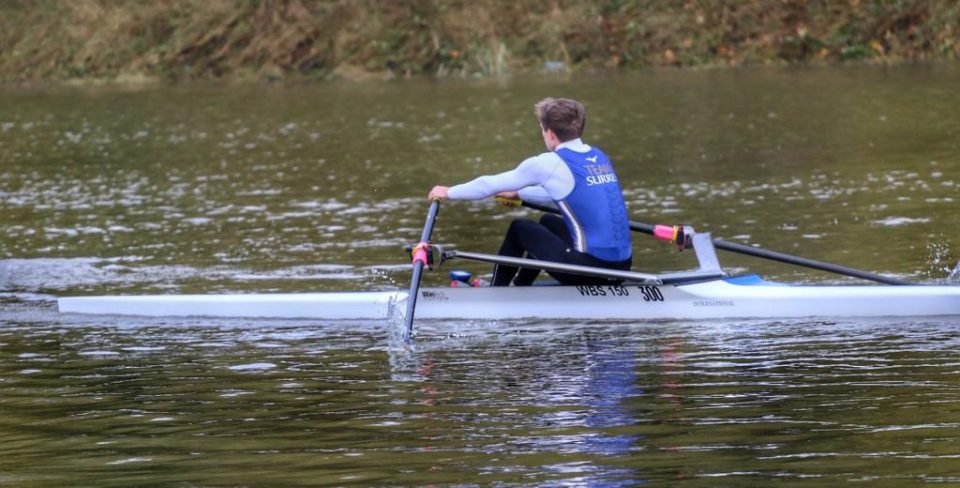 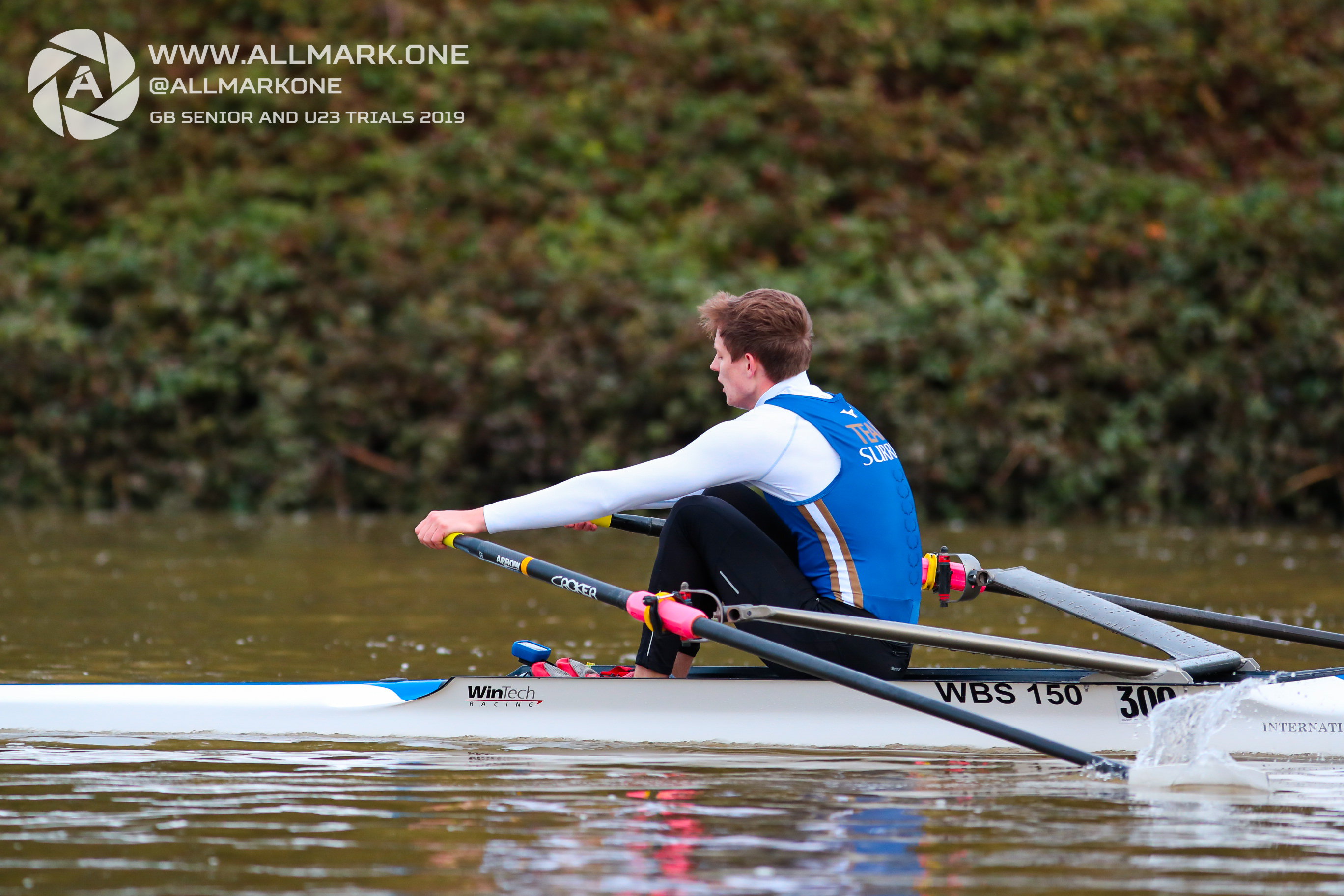 George Stewart had a good weekend as well, he came 24th out of 53 entries in the men’s pair, along with his pairs partner Oliver Salonna (Molesey Boat Club).
Overall it was a successful weekend for our three athletes. We are excited and look forward to seeing how they all get on in the February Trials.
Intermediate, News, Race, Senior
Copyright © 2019 Sports Club. Design & developed by Grace Themes
This website uses cookies to improve your experience. We'll assume you're ok with this, but you can opt-out if you wish. Cookie settingsACCEPT
Privacy & Cookies Policy