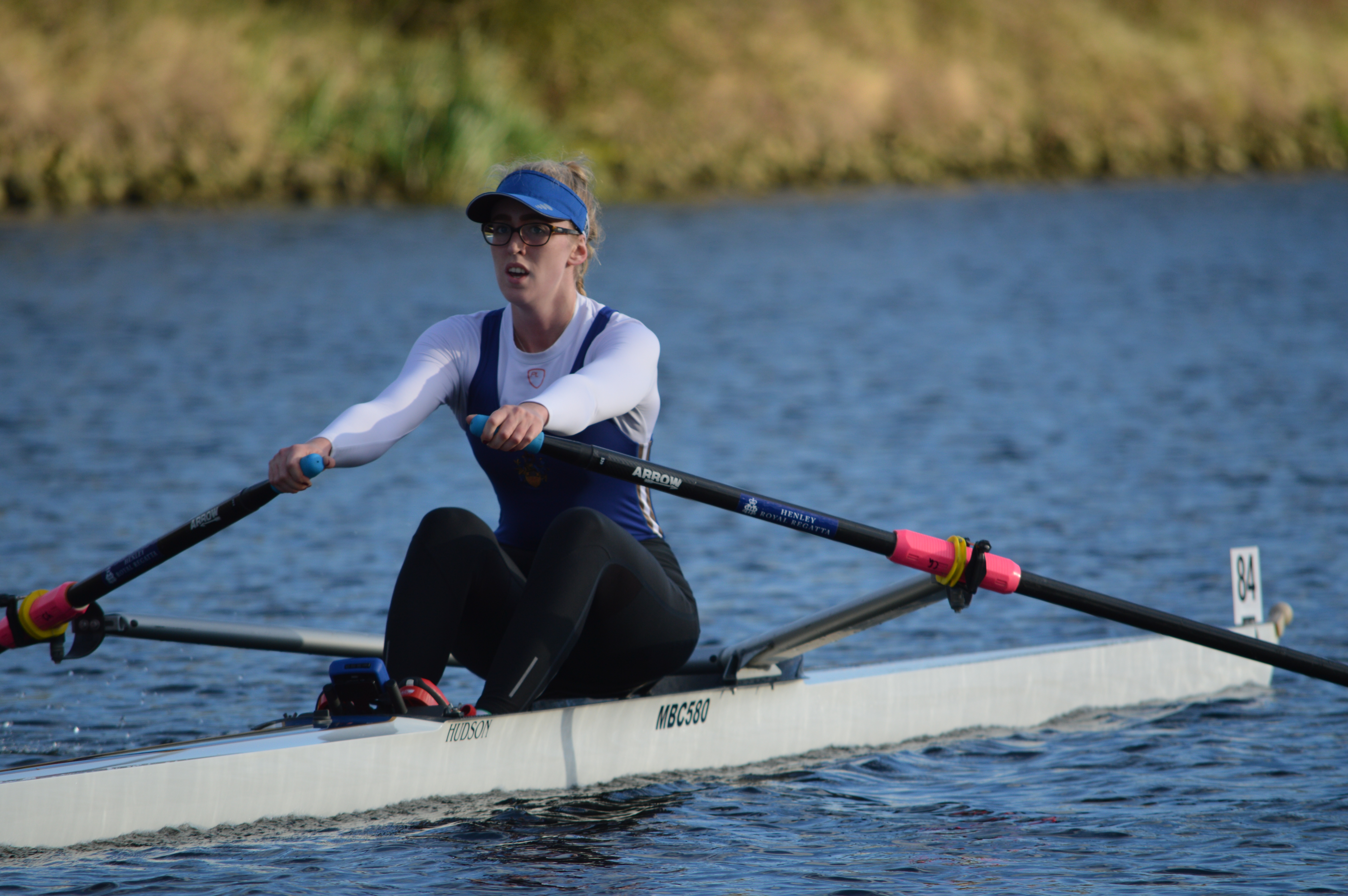 On Saturday 4th, George Stewart, Alex Law and Charlotte Gill headed to The Princess Royal Sports Arena to face the dreaded 2,000m ergo test. Alex was up first, racing against members of Leander, University of London and Oxford Brookes to name a few. His first 1k went exactly to plan and while he didn’t quite have the edge to take it sub 6 he was only 2 seconds off and managed to get a PB, coming well under the cut-off in the process. Then it was George’s turn who was sat just a few ergos away from Olympian Pete Reed. While he struggled to find a comfortable rhythm he just missed out on his PB by 0.1seconds and finished under the cut-off time which allowed him to race on Sunday. Finally it was Charlotte’s turn, despite a solid 1st 500m, she had a tough middle 1km and failed to make the cut-off for U23 women. However, as she was BUCS eligible she raced on Sunday as part of BUCS Small Boats Head.

After a big refuel at dinner and a long sleep it was time to race on Sunday. Boston was surprisingly flat with a tailwind helping the rowers down the course and the rain held off which allowed for a dry but chilly day. First on the water in their Surrey kit was Alex in a pair with Kieran Dibley who came in last in the category. But nonetheless it was a learning experience and it was great to see a Surrey pair on the water. Then it was George’s turn in his single. Despite only sculling for a month and switching boats earlier in the week George had a good row and managed to catch up to Pete Reed along the final straight! Last but not least it was Charlotte’s turn. Also in a single she had good start and a decent first 3km but she was caught by 2 quick lightweight scullers coming into the final 2km of the race. But overall she had a good first race in the single.

Alex and Kieran in the pair

GB Trials was a big learning experience for all USBC athletes and has provided all of them with lots of motivation to qet fitter, stronger and find more speed as we head into the dark winter months of training. Well done to all for making it through a tough weekend and for Alex and Charlotte completing their first ever trials.

Thanks to Brookes Photography for the photos!