After a great winter block of training, a week in Seville and a trip up North to play in Newcastle, last weekend was finally time for BUCS Head. This is always the first opportunity of the season to see where we rank as we rapidly approach the regatta (summer) season.

The boat club took a large and exciting squad to race, keen to put their hard work to good use. The results are as follows:

These are a set of results that the club is very proud of and we are looking forward to building this momentum through to WeHorr, HORR and ultimately BUCS Regatta in 8 weeks time. To win two gold medals on Saturday (and the Beginner Men VL) and to come close to winning medals in various other categories has left the whole boat club wanting more. Here’s what a few of the athletes had to say about the weekend…

Jamie Gamble (MCLwt4-): ‘BUCS Head was an exciting opportunity for our lightweight four as this was our first chance to compare ourselves to the rest of the country. We had raced two weeks prior to BUCS in Newcastle and so aimed to build on this and give it our best shot.

After a long wait in the wind and rain, we battled the conditions in what was overall a good run down the course. Doing our utmost to fight off the eventual winners, UL, we crossed the line in a time placing us 5th in our event! We are very pleased with this result and our confidence is boosted going into BUCS Regatta in May!’ 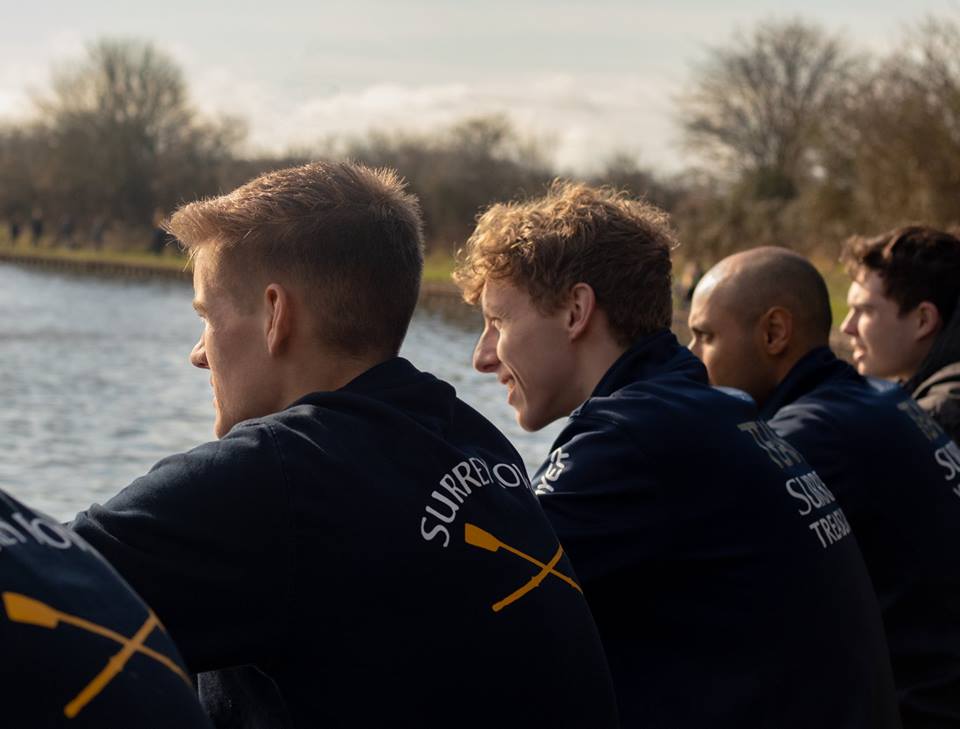 David Williams (MB8+ ‘A’ & MB4+ ‘B’): ‘BUCS Head was my first opportunity to race and it was great to be able to step into the boat after seeing the performance the boys produced in Newcastle two weeks before. The 8+ went as hoped, with us getting the sought after gold. The 4+ wasn’t as fortunate, missing out on a medal by 0.2 of a second – it shows we still have a way to go. Overall, the weekend was extremely enjoyable and very successful.’ 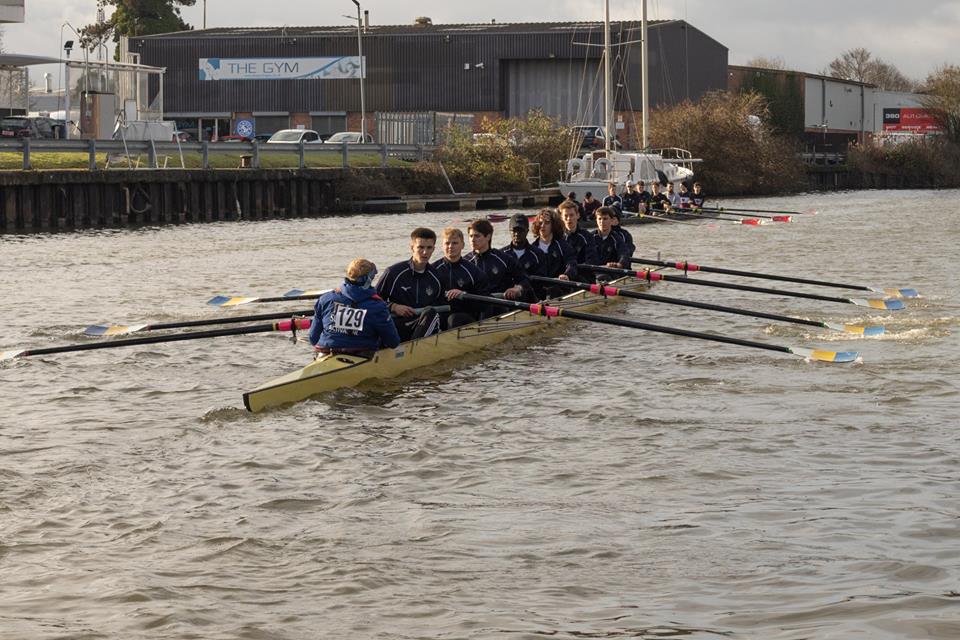 Sam Griffin (MB8+ ‘A’, MB4+ ‘A’, MInt4+ ‘B’): ‘This weekend was yet another great success for USBC. Winning two BUCS gold medals as a novice isn’t something that I will ever have the chance to achieve again. We had our ups and downs, but they were all part of an unforgettable experience. We have trained hard, we have secured our spot as the best development men’s programme in the country and we still have a whole lot more to give.

I also had the opportunity to race in the intermediate category on Sunday which was a great learning experience – seeing the kind of standard we need to be exceeding next year. If we train like we are and we work as hard as we are, we will become a force to be reckoned with.’ 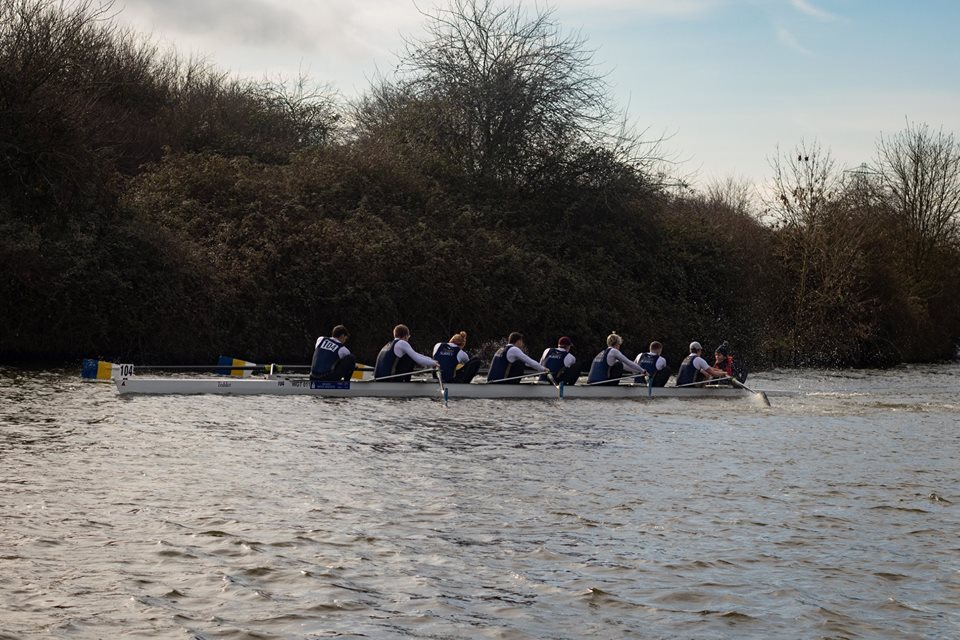 Just five months ago, we were all strangers sat in a room sharing nothing but the desire to be part of something bigger. I remember looking around that room and for the first time in my life I felt short. Nevertheless, that did not discourage me, instead I immediately realised what potential our boat club had and so did everyone else.

In no time, with the help of our coaches, we had become an extremely bonded group of student athletes and following numerous early morning sessions, nerve-racking 2k tests and infinite UT2s, our first main target of the season had arrived: BUCS Head.

We arrived in Gloucester with the confidence that we could win our categories. From the moment we stepped off the bus we had our game faces on. We did not lose focus throughout the entire weekend, especially when during the race we were slowed down by a blade clash with another boat. Finally the race ended and we finished first: we were national champions. The feeling of getting a gold medal was indescribable. Not so much because on that day we were faster than the other boats, but because it was a symbol of recognition for all the hours of hard work, sweat and even tears we had all gone through in these past months.

I believe that the best decision I have made this year was attending that meeting full of strangers five months ago. I could not be happier with how things have turned out.’

James Humphreys (MB8+ ‘A’, MB4+ ‘B’, MInt4+ ‘B’): ‘This weekend was our first big competition, competing against some of the best programs in the country. All the months of training all being put into 11 minutes of pain. Everyone gave everything they had and I couldn’t have asked for anything more. We have laid an incredible foundation for the rest of the season and I’m very excited to see what we can all achieve.’ 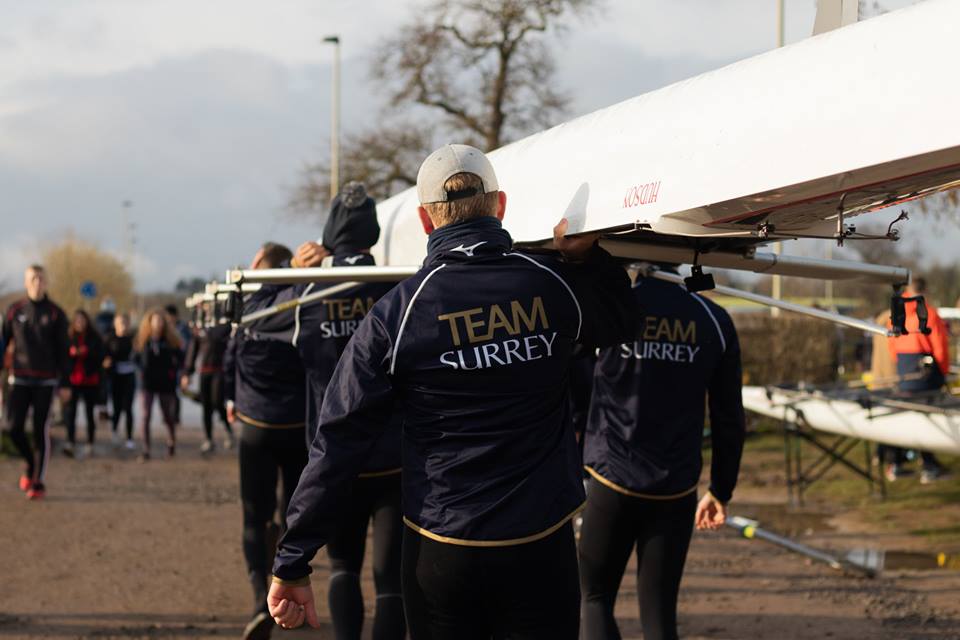 Ryan Hill (MB8+ ‘A’, MB4+ ‘A’): ‘We went into this weekend confident that we could perform well, but it wasn’t quite clear how well we’d stack up against the rest of the UK’s University boat clubs. The fact that we performed so brilliantly throughout the various events, and won two gold medals is beyond belief. I’m so proud to have been involved in such a successful weekend.’ 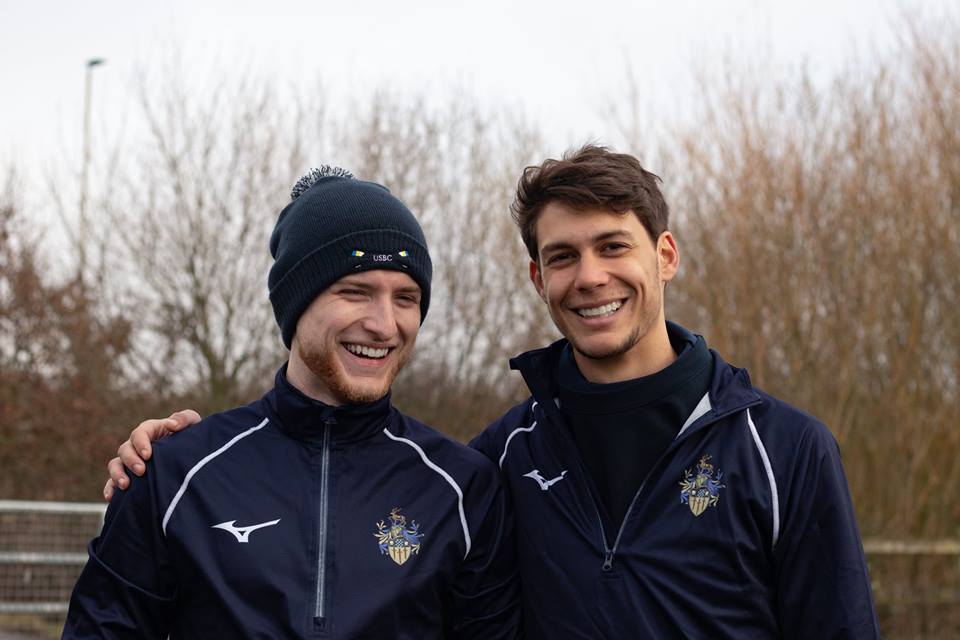 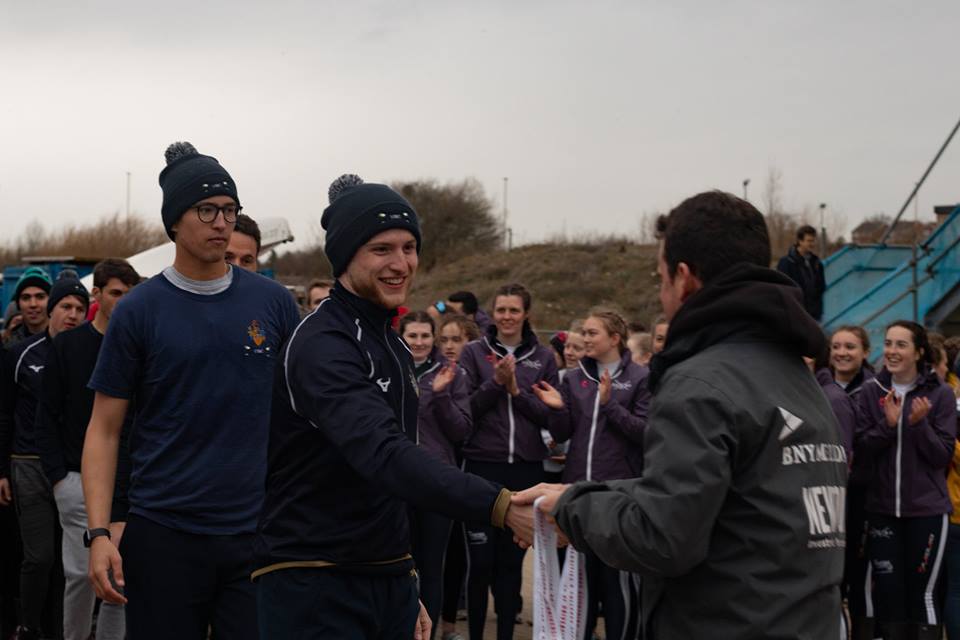 Tom Powders (MB8+ ‘A’, MB4+ ‘B’, MInt4+ ‘B’): ‘It was great to win again, especially this time at a much more important event. I am looking forward to the future of the squad and hoping we can continue to be as dominant for the rest of the season.’ 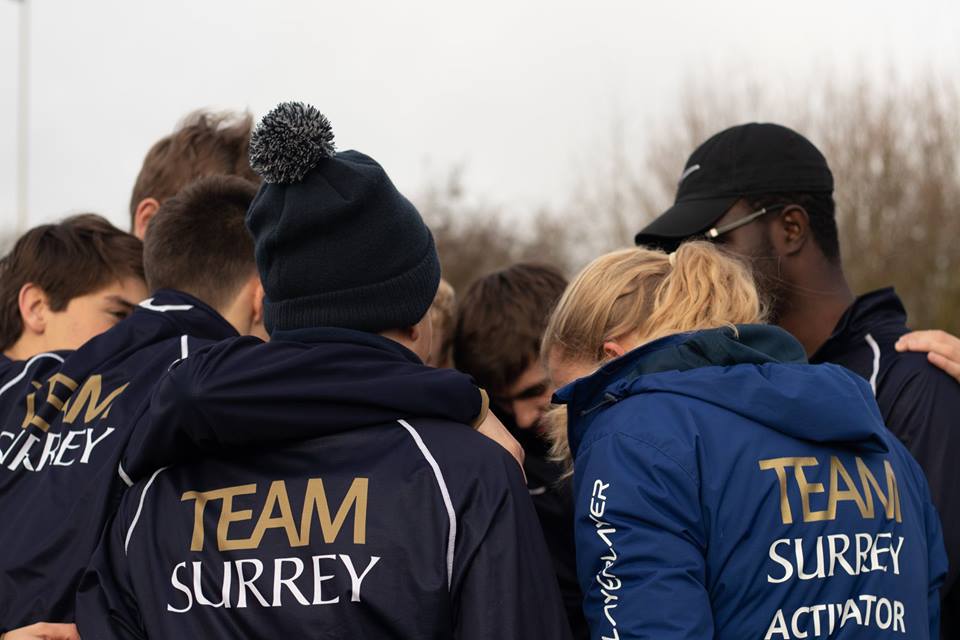 Ellie Hamilton-Davies, cox, (WB4+ ‘A’, MB4+ ‘A’): ‘It was amazing to come home with a gold medal from BUCS Head with the beginner men’s coxed four. This was the first major that I have represented USBC in as a cox. It felt so good to see all our hard work and training had paid off with both the beginner and senior squads. Overall, the weekend was a great achievement for USBC, making us all even more excited for what we could accomplish in the racing season ahead of us.’ 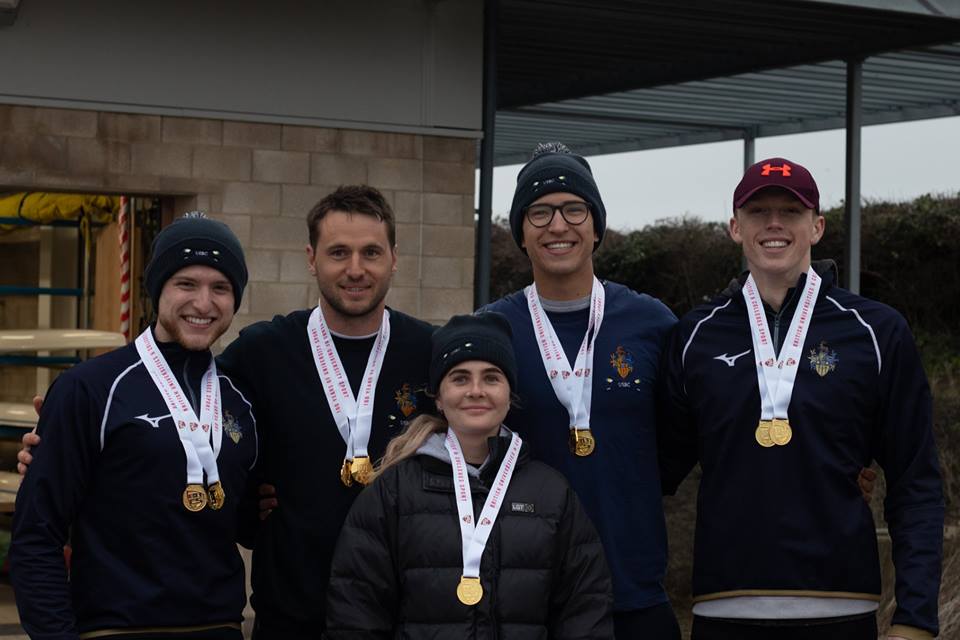 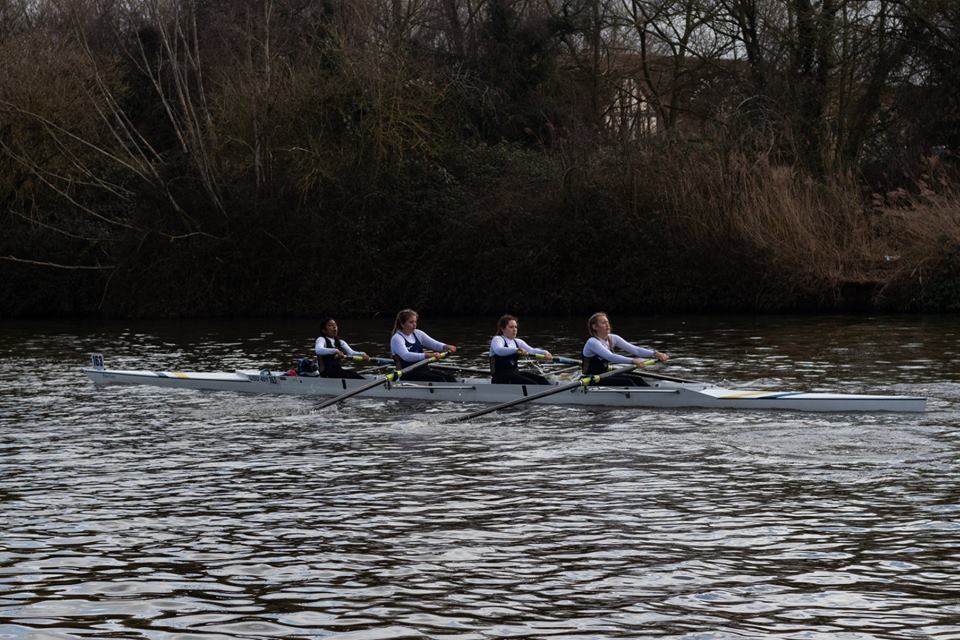 Sophie Hossack (WInt 8+): ‘After spending the majority of first semester focusing on sculling, the women’s squad were all keen to see how fast we could make an 8+ go and try to beat last year’s 9th placing. We had a very strong race, full of attack and energy, with our cox, Ellie, navigating the course well. Everyone came off the water having enjoyed the race and finding out we placed 5th was even better news, beating many strong competitors and the highest Surrey has ever placed in the women’s 8+ at BUCS Head. The race will be one of many highlights of my University rowing experience, cannot wait to see what we do at Women’s Head of the River!’ 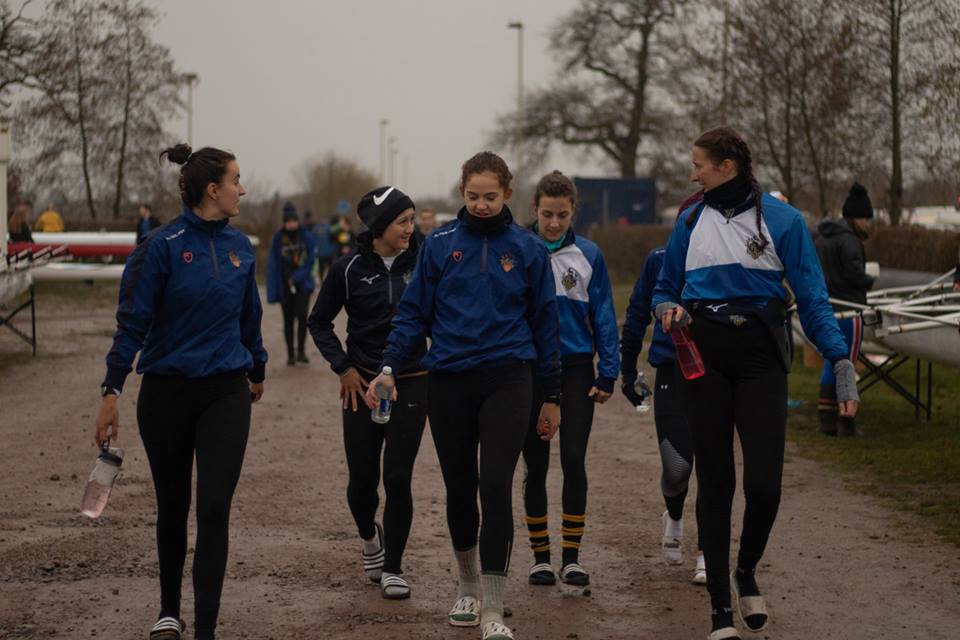 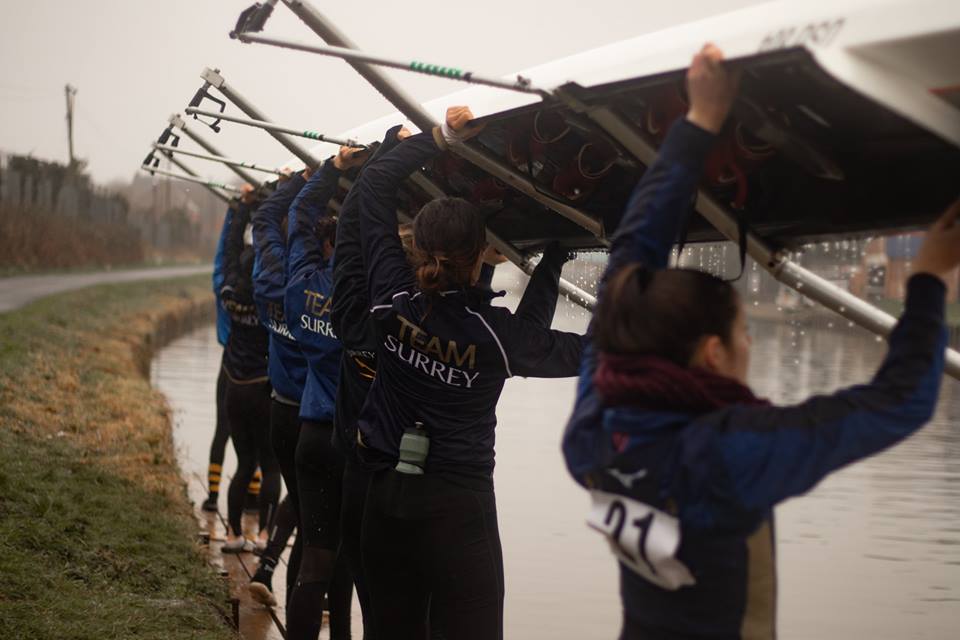 Molly Whitaker (WB4x, WB8+): ‘Nerves and excitement were high for the big BUCS weekend, with the Dev girls heading in with new found grit, some swanky new stash and some half decent boats to row! Despite division 1’s eventful nature and the dread of ‘the big bend’, the girls came away with some impressive results and major drive for regatta season!’ 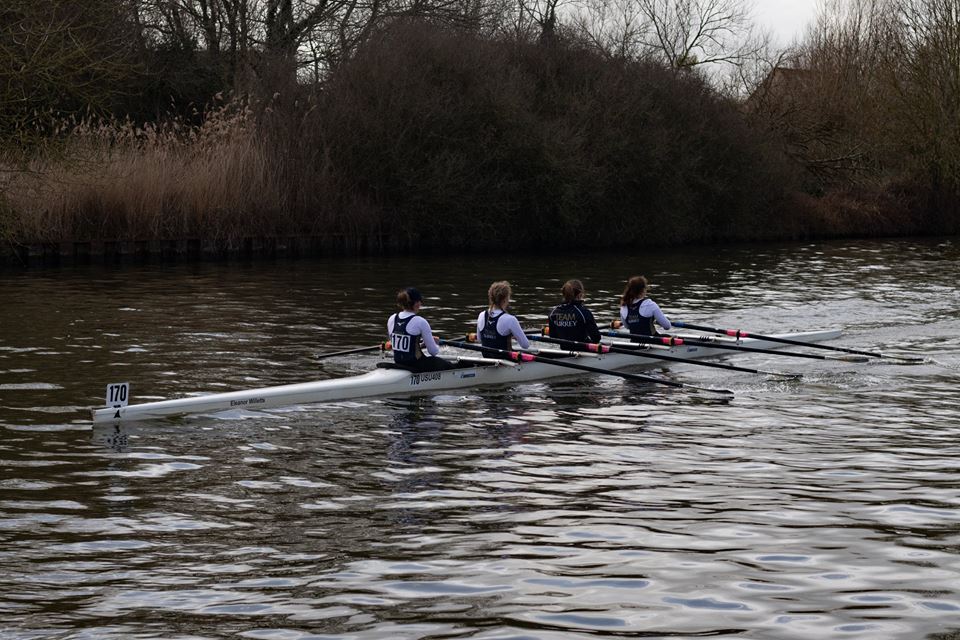 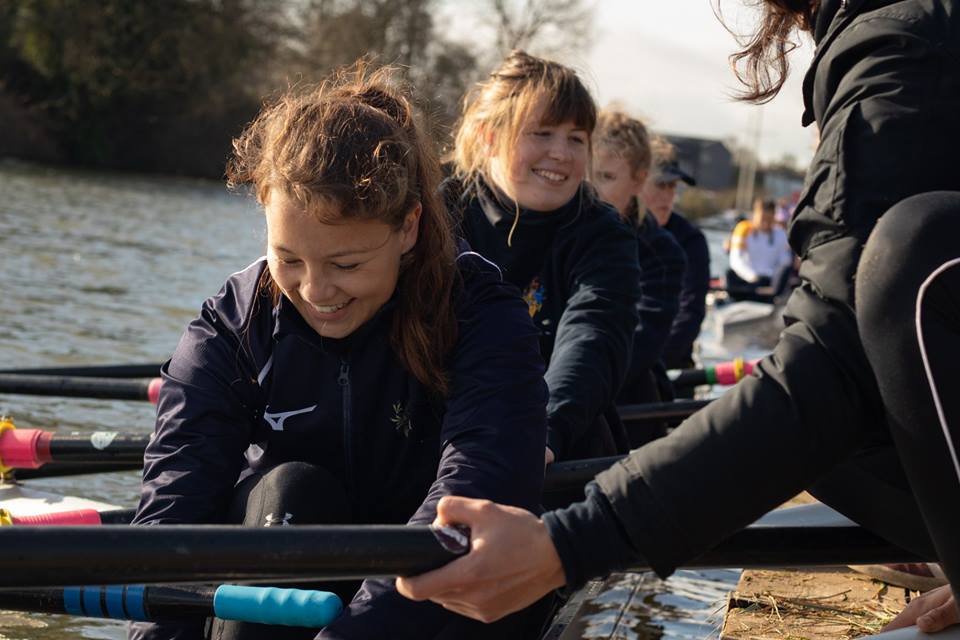 Marnie Ridley (WB4+ ‘A’, WB8+): ‘Finishing 4th in the country has made me immensely proud, and nothing comes close to the adrenaline I felt whilst I was racing down the course. I wore my Surrey colours with pride and I can’t wait to do so again at BUCS Regatta.’ 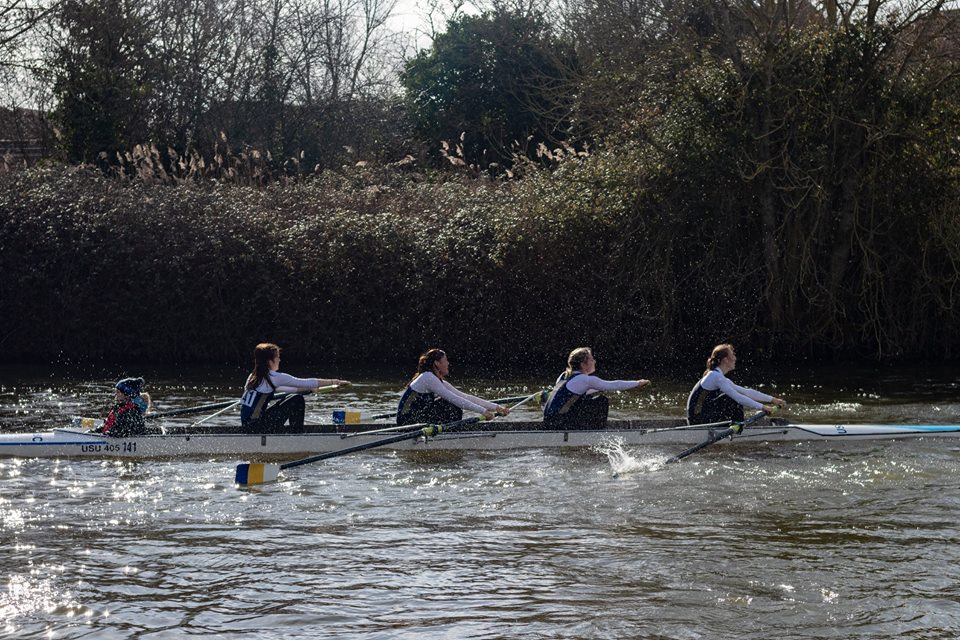 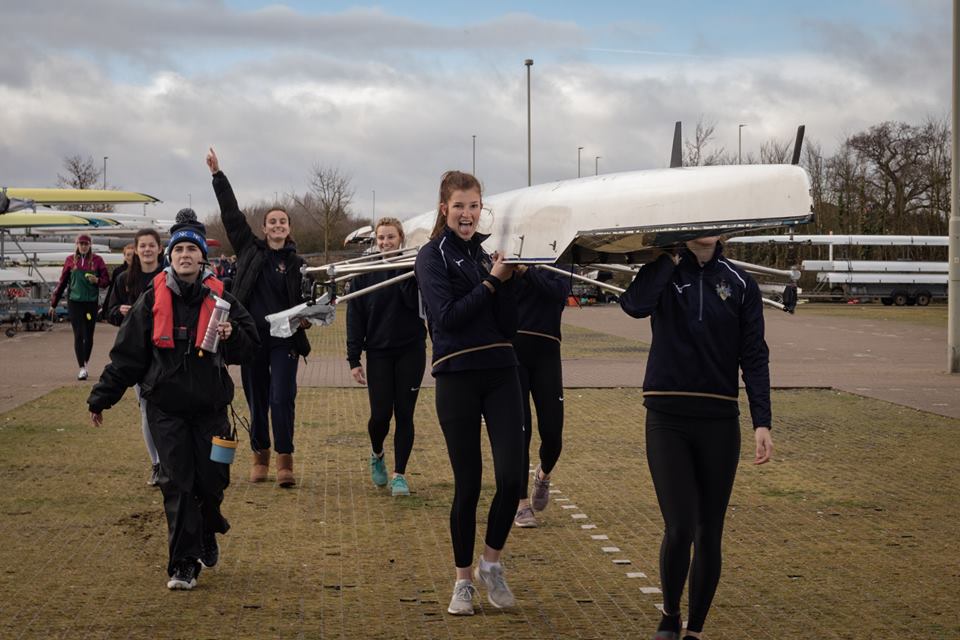