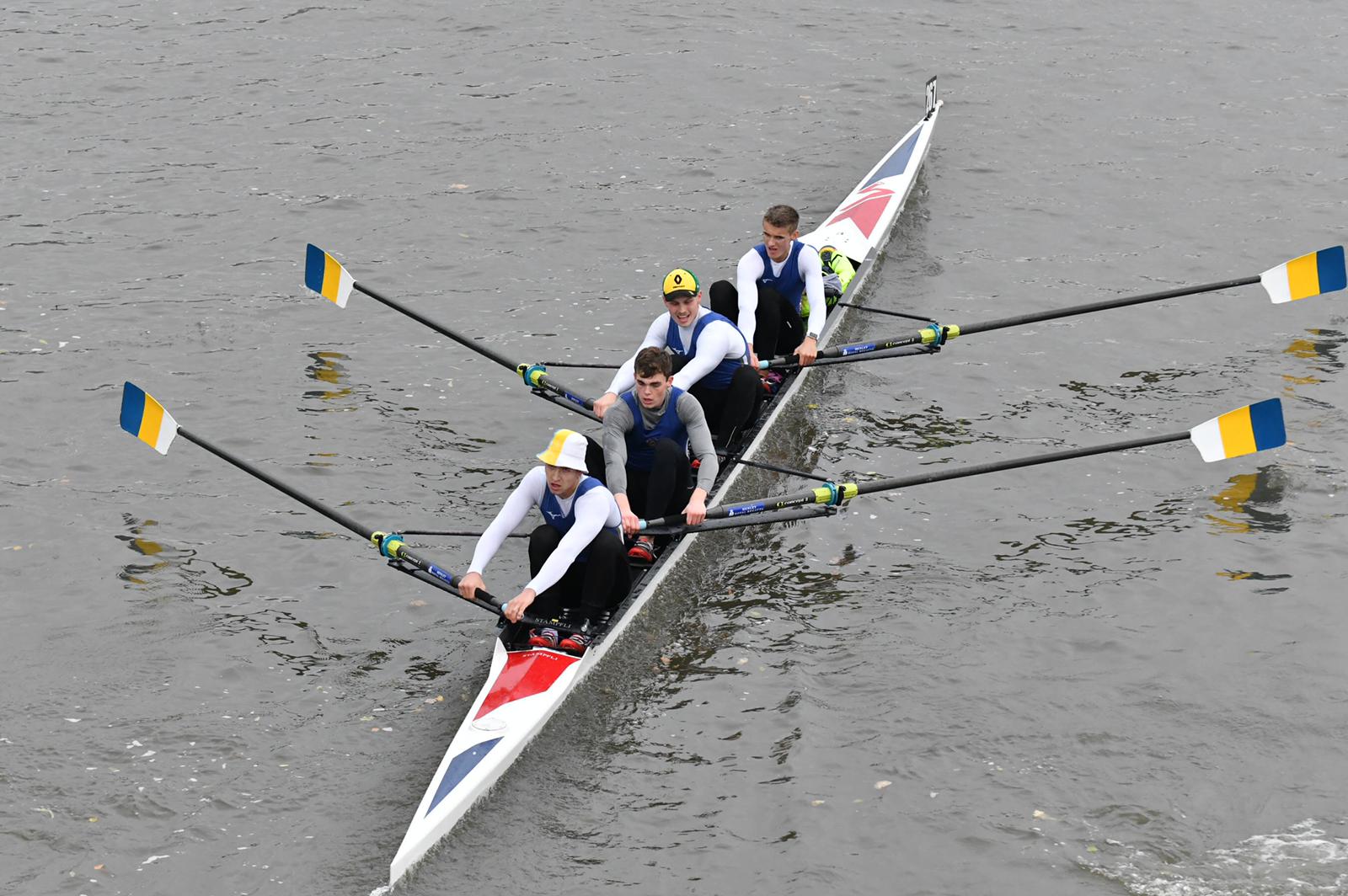 The Fullers Head of the River Fours is an annual race held on the Tideway of the River Thames over a distance of 6.8km for quads, coxless fours and coxed fours. This year, we had a men’s coxed four entered of Ellie Hamilton-Davies (c), Jamie Gamble, Mantas Volkauskas, Joe Burnford and Sam Griffin. It was the crews first taste of racing of the season due to a number of previous races being cancelled due to the weather. The boys had a great race and finished 6th in their Band – a great start to the racing season.

Take a read below at how some of the crew felt the race went.

Jamie Gamble, bow seat – ‘As a result of several frustrating race cancellations this season, Fours Head was our first opportunity to finally go and race. Despite little time together as a crew, we still had aims of placing well within our category and putting down a solid marker for the rest of the season. After an hour or so of marshalling, the long awaited build through Chiswick Bridge took us through the start line and we soon found our settling pace and rhythm. We held this rhythm well through Barnes Bridge and all the way to Hammersmith, where we eventually overtook a crew from Southampton which we had been chasing down from the start. Hammersmith expectedly gave us a lift from the onlooking crowd, and from this point onwards we squeezed it on and hunted down the finish line. Passing Craven Cottage and the ‘Black Buoy’ , it was our cue to start the wind and empty the legs. We finished in a time placing us 6th out of 13 in our band. Given the short amount of time spent in this crew and being the first race of the season, on the whole, we are pleased with our performance and hope to take this tideway experience into a big performance at Eights Head in March!’ 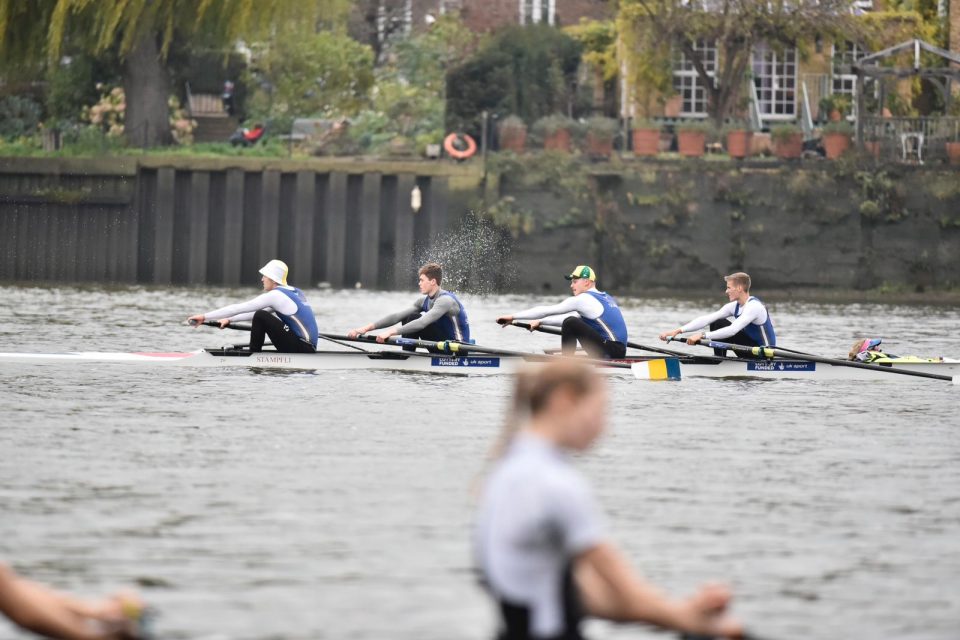 Mantas Volkauskas, two seat – ‘It was great to finally get some racing done having had so many races cancelled in the last few weeks. This race was a good one. With the byproducts of a tough BUCS indoors still fresh in the legs, I was pleased with how quickly we came together in this four and we produced a decent result for this stage in the season. This invaluable experience racing on the Tideway will no doubt play a massive part when we go out at Eight’s Head in March looking to win a pennant.’

Joe Burnford, three seat – ‘With my first race in Surrey colours being just shy of a 7km thrash down the Tideway in a near-scratch crew, the outlook leading up to the race seemed questionable at best. With just a couple of sessions together under the belt, we took to the water for our pre-race paddle, hoping it would all tie together. Looking back, I’m thankful it didn’t during the pre-paddle, as after the jitters had washed away and the blood started going through our legs, the race that followed brought together the highlights of the week, which we managed to sustain a good way through the race. The conditions cleared as the crew bonded, leading to a strong consistent rhythm and an overtake in the bag. As the miles took their toll, the cheers from the bridges and banks kept us motivated and pushed us that little bit closer to the finish. I could not have asked for a more enjoyable first race for a club and I hope I can bring that back with me in a few months and with a few more people at HoRR.’

This performance at Fours Head puts down a great marker for the boys to work off for the rest of the Head season, with Eights Head in March as a big target.

Stay tuned to see how the club gets on.