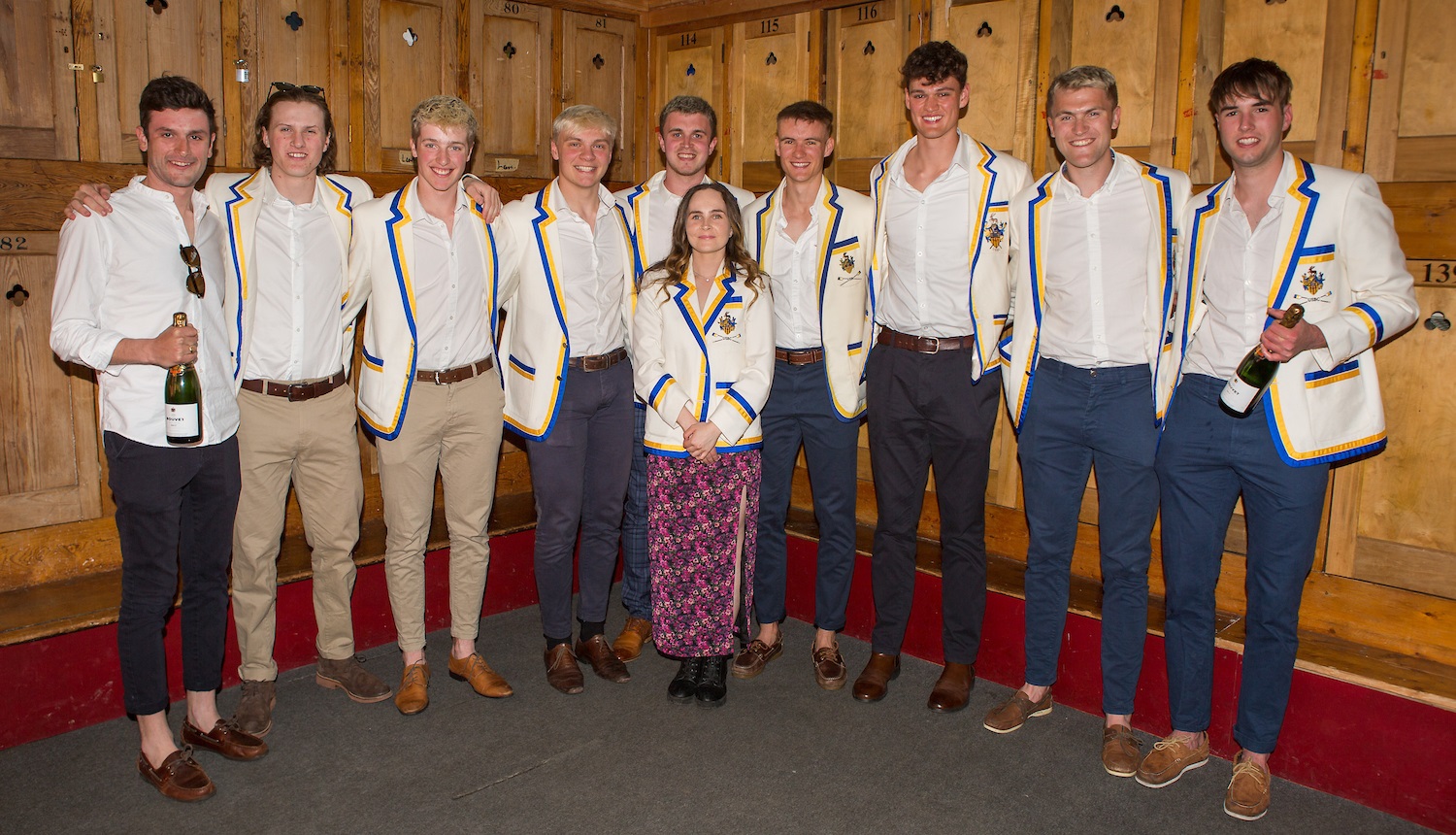 For the first time since 2019, USBC finally got the opportunity to race at the Head of the River Race on the Tideway in London.

Here is what a couple of the crew had to say about an historic day for the club.

“Having competed at numerous high-end races throughout my time rowing, including National Schools Regatta, Schools Head, and HRR, my experience racing for USBC at the 2022 Head of the River race ranks up at the very top.

Beginning with a 4:45am wake up (a time I’ve become very accustomed to rowing at university having to train before 8:30am classes) we travelled to Putney Town Rowing Club to rig and get a pre-paddle under our belts. Nerves already kicking in, the squad, true to form, made sure we all stayed in high spirits. Race time approaching, we were revved up by coach Sam Tuck with reminders of the significance of the Pennant for the club and it being the final Head of the River for our president and our seven man for USBC.

The race was a blur. Red lining from the first stroke, I felt every man in the boat and the want and desire to win every time the blades were buried and locked.

Once the result was announced the feeling of relief and elation was immense. This result, both for the club and for me was years in the making. The hours, the grind, the sheer hard work finally paid off and was put into my hand and the hands of our crew in the form of a medal. What happened exactly from there on, in quite appropriate style I’m sure you can agree, I cannot be certain of. All I know… we celebrated as one, as USBC”.

“Eights Head 2022 had been a long time coming. Despite this being my fourth season at Surrey, it has been 3 years since we last got the opportunity to take our eight down the Championship Course and I couldn’t have been more excited.

In 2019, we started in position 142 and finished 105th overall. We were bitterly disappointed to just miss out on the Medium Academic Pennant but knew we would get a second shot at it. Little did I know this second chance would come 3 years later, but with this being my last HORR with Surrey, I was all the more determined to make this one count.

After an intense few weeks in the eight, we arrived in London with excitement that if we get things right we stand a real chance of making club history and be the first Surrey crew ever to pick up medals at Eights Head. To my delight, we had a great run down the track and got the job done.

To win that pennant meant a lot to me personally, not only because of how long we had waited to win it, but because of the Surrey eights of 2020 and 2021 who equally deserved that medal and never got the chance to fight for it. I know those boys will have watched us on Saturday being chuffed that we finally did it.Saturday was an epic day for USBC and one I will always remember”.