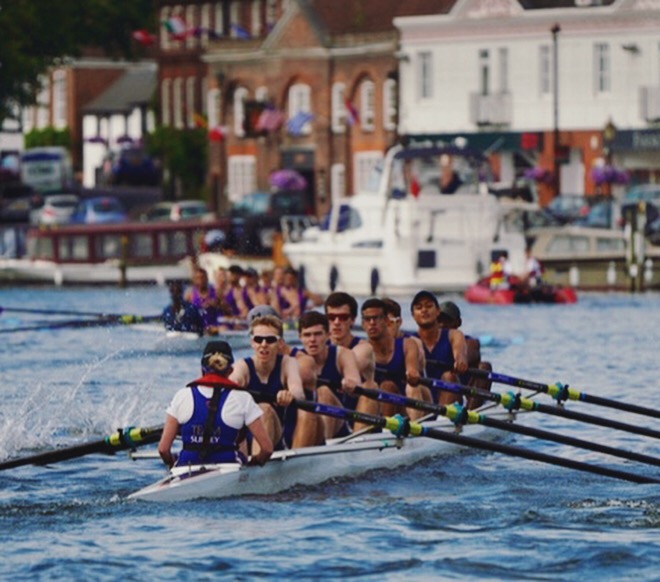 Held from the 5th to 8th of July 2018, Henley Royal Regatta was the highlight of this season for the men’s squad.

For the first time in club history, they qualified for the Temple Challenge Cup. As part of their qualification, they were able to stay in Henley for the time which helped them in preparing for the racing.

The eight was coxed by Fiona Norris. Out of the men racing, five took up rowing in October, just nine months ago, here at Surrey. Lukas Schroth, Mantas Volkauskas, Chris Homes, Ben Radcliffe-Brown, Abdel Abdalla, George Glenister, Shabaz Kamran and Wilson Sandengu were more than excited to be part of the regatta. 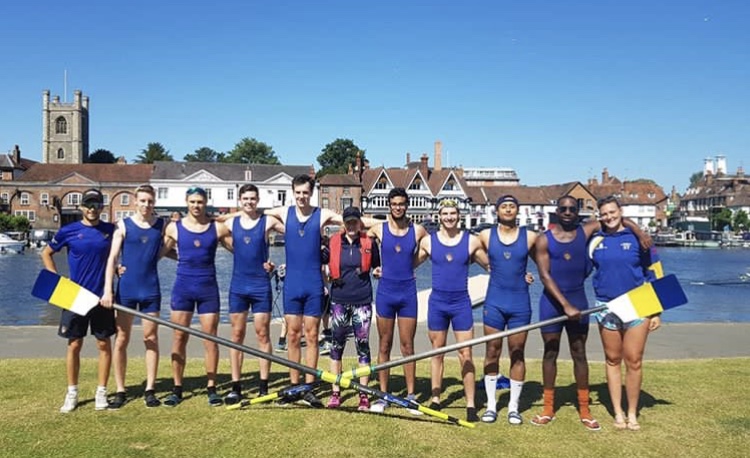 They drew University College London for the race and sadly missed out on advancing further in the knockout stages. Captain Mantas Volkauskas said this about their Henley experience: “We pre paddled in the morning and rowed up to the start about an hour afterwards. We had a really good start getting off really cleanly and this was a huge encouragement to the crew to push on, however going past Temple Island the wash hit us hard but we pushed through to the enclosures to produce a really solid last 500m. Regardless of the outcome, I came off the water thinking we had a fantastic row and was extremely proud of my boys!”